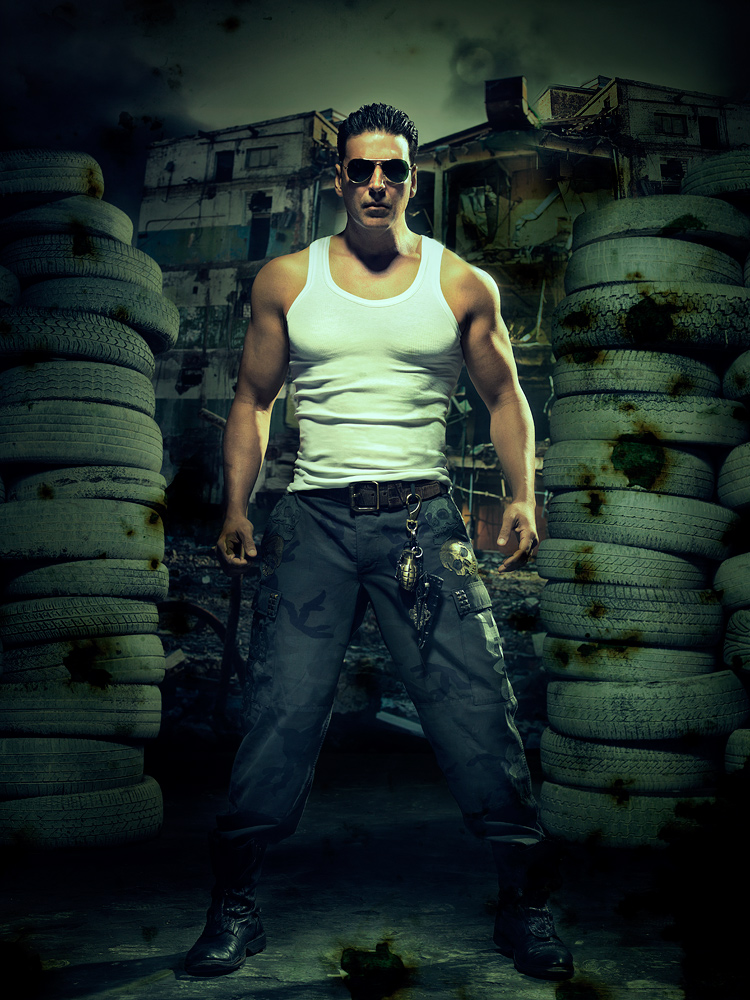 Q:  What is the movie ‘Holiday: A Soldier Is Never Off Duty’ all about?

A: Holiday is an intelligent thriller, based on the deadly notion of sleeper cells, which has plagued several nations and caused heinous terrorist crimes. I work as a DIA, Defense Intelligent Agent for the Indian Army, I come across a deadly terrorist plot to attack Mumbai. My character is skillful and patriotic, I’ve been protecting the boarders of India, but unfortunately when I return home on Holiday, I get sucked into defeating the ring leader of the terror ‘sleeper cell’ to save the city I was born and raised in. It is a very relevant film, and it deals with an issue which very few people are aware of, however the impact of the film is very transient. With the terror issues going on left right and centre, the screen play to this film and its overall treatment has literally never been touched before in India. In that respect, this is something quite unprecedented.

Q: Can you explain the tagline of the film?

A: I am a soldier as well as a secret Army Intelligence Officer. I arrive in my home city of Mumbai on holiday, but suddenly things get out of control and I’m drawn into this deadly terror attack. Basically, a soldier is ‘never off duty’. This is a very different type of film not only for me but for my audience, which has not really been seen in Indian cinema before. It is a thriller that draws the audience in with a very strong screen play. I was shocked at my own response to this film, for it really throws you, from fear to emotional turmoil. The story is based on the subject of terrorism, which is a global concern, but it makes you remember why we are so safe, we have such an incredible army to thank for keeping us so comfortable in our homes at night. This story is an eye opener for many out there, a true experience to witness.

Q: What appealed to you about Holiday?

A: I said yes when I heard just the first half of the script from Vipul Amrutlal Shah. I was so captivated, I couldn’t wait to find out what happens in the second half. I was impressed by the script and how true to life the issues it deals with are. I am proud to be part of a film which touches upon reality and the very issues we face today. This is real cinema, not fictional cinema, this is what makes this role very exciting for me. In fact, I’ve learnt about the field of intelligence whilst submerging myself into this role, especially given the unique concept and narrative. I’ve heard stories surrounding the notion of sleeper cells, the role they have played in terrorist attacks and the importance of cleaning them up to safeguard populations. This script is raw, gritty and real, and I became addicted to the plot.

Q: What was it like working with director A.R. Murugadoss?

A: I was extremely honoured to work with A.R. Murugadoss. He is a very talented and skilled director. He very quickly learnt my acting style and guided me on how to give the best performance possible. I always joke that even though his height is quite short, his imagination and power is through the roof. He is a man of brains. This is a very special role for me to play as it has challenged me and has allowed me to portray a role I was very keen to get my teeth into. I truly hope that I have done the character justice for my fans.

Q: How long have you been in the film industry?

Q: Was it a challenge to transition from the romantic parts to the more serious aspects that the role demanded?

A: Not really. I have been acting for a very long time, and it has become easy to transition from character to character, and from scene to scene. When you have great co-stars like Sonakshi Sinha you can bounce of each other’s onscreen emotions in seconds. One of the best things about this job is creating an atmosphere that draws everyone’s attention and sucks them into the film, rather than leaving them bored in their seats.

Q: So we hear that the action in Holiday is completely different from your past films?

A: Vipulji (Vipul Amrutlal Shah) is a firm believer that if you want something different then you have to go elsewhere to get it, so much so that we brought over one of the best stunt teams in the world from England, to choreograph most of the film’s action sequences. Greg Powell and his team of stuntmen were, in my eyes, absolutely brilliant, from their discipline to their style, not to mention their incredible talents, it was beyond refreshing to work with them. One of my favourite sequences in the whole film is the gun fight that we shot in the old abandoned kitchens in Bombay. There’s no fancy trickery, no special effects, it’s just me and the fighters, hand-to-hand combat in an enclosed environment. It was a fight like I’ve never shot before, hats off to the stunt team, it may not blow your mind with ‘out of this world CGI’, but it was never meant to, it was made to make you go ‘wow!!’ that had to hurt, it’s raw, it’s real, it’s how it would have been done back in the real days.

Q:  How would you describe your overall experience with Holiday?

A: It was fantastic. Playing an army office is in itself a great experience, but I especially enjoyed working with the director, A.R. Murugadoss. When you work with a director who knows exactly what he’s doing, and has a clear plan for his vision, it makes the actor’s job so much easier. Murugadoss is an exceptional talent, and it was an absolute pleasure getting the opportunity to work with him.

Q: You’ve done action and comedy. What kind of role would you like to do now?

A: I would love to play a negative character. It is the negative characters that rule the screen in those two-and-a-half hours. It is only in the last five minutes that the hero takes over. I have no problem being beaten to pulp in those last few minutes as long as I have had a large share of the pie. I enjoyed playing the villain in Ajnabee. It’s nice to get your hands dirty once in a while and be really mean and obnoxious on screen. You should make the audience hate you, mix it up a little bit!