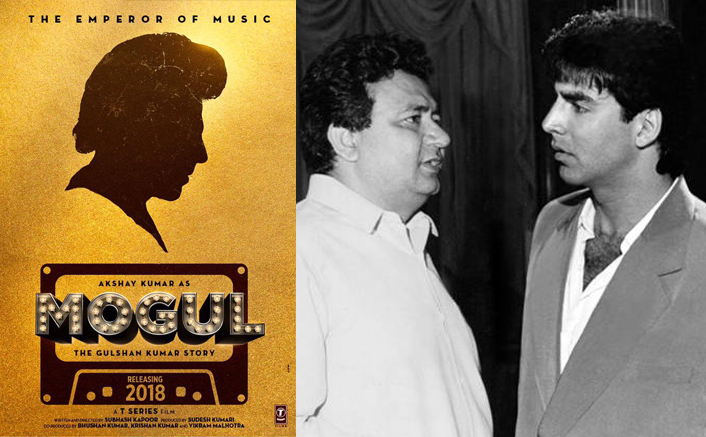 Music mogul Gulshan Kumar’s rags-to-riches life story was larger than life. He was an innovator. His devotion to Mata Rani and his passion for work led to his meteoric rise and success. His devotional music made him a household name in India. He created a whole new music industry that didn’t exist before building his own company T-Series into a gigantic musical empire. Thus, it comes as no surprise that his life story is being made into a Bollywood film titled ‘Mogul’ to be directed by Subhash Kapoor, that will have superstar Akshay Kumar play him on screen.

Akshay said, “I had the good fortune of knowing Gulshanji well and had a close association with him right from my first film ‘Saugandh’. We both shared many things in common and come from a similar background. I am very excited to play him on screen.”

Gulshan Kumar’s son Bhushan Kumar added, “‘Mogul’ is not a film for me, it’s my dream come true. My father has been a guiding force all through my life and I have always felt his presence in everything I do. I always knew that one day I would make ‘Mogul’ and share my father’s amazing story with the world. I am also extremely happy that my mother Sudesh Kumari will be producing the film. I can think of no one better than Akshay to play him on screen.”

Subhash Kapoor said, “When Vikram Malhotra shared the idea of the film with me, it was a feeling of disbelief. I always told my team that the one story I would love to make a movie on was Gulshanji’s and here I am doing just that.”

Gulshan Kumar was extremely attached to his younger daughter Tulsi Kumar and thus, the film has been announced today on her birthday. Shooting of ‘Mogul’ will begin end of 2017.