Akshay Kumar to return as host Of Khatron Ke Khiladi 4 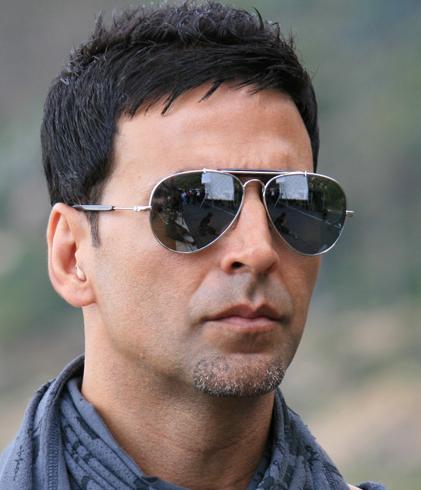 Akshay Kumar to return as host Of Khatron Ke Khiladi 4

The first action star of B-Town, Akshay Kumar, who has set an almost unachievable mile stone in the field of action for other stars is touted to be back as the host of the super-action filled reality show on television, Khatron Ke Khiladi.

Reports doing the rounds suggest that the season 3 of this show, hosted by actress Priyanka Chopra was not as successful as the first two seasons of the show had been. Thus, the producers and organizers are trying to get back the former host, super action hero, Akshay Kumar, as his dare-devil attitude and a raring zest to go for different stunts were just mind-boggling for the viewers. They remained completely glued to their TV sets!

Well, with Akshay’s new cookery show, Master Chef, ready for telecast and with his busy schedule in the upcoming months, the show organizers have to wait for quite a long time.

However, reports are that the producers of KKK have already chalked out ideas to start the 4th season with a bigger perspective and things are reportedly going to be worked out sooner than later!

Well, seems like Akshay Kumar fans are in for a real time treat from the star as his amazing sizzler recipes on the small screen in the show Master Chef is already creating great waves amongst the foodie folks. To have him back in the KKK4 will certainly be a double bonanza for the ever eager fans!