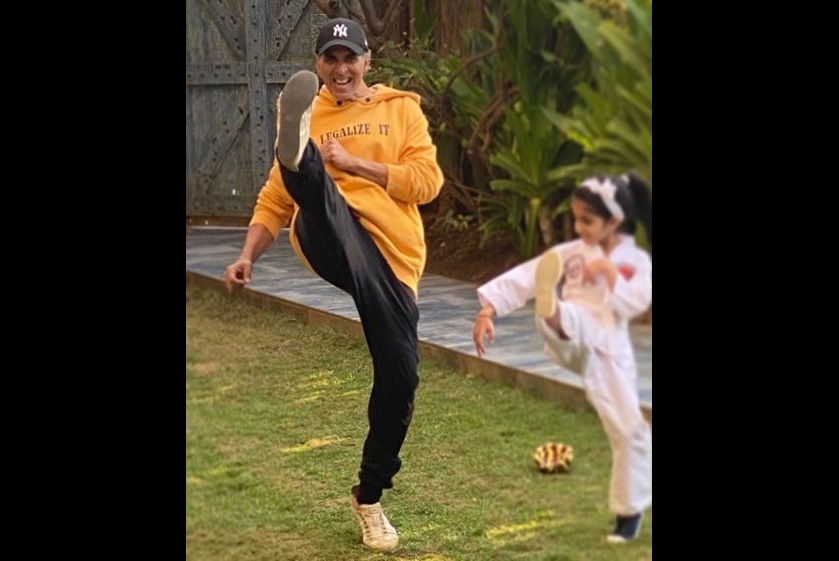 Akshay’s wife and author Twinkle Khanna took to Instagram on Sunday, where the actor is seen giving tips to his seven-year-old daughter Nitara on a few fiery kicks.

“One last kick before she leaves for her first karate exam. #karategirl,” Twinkle captioned the image.

The image currently has garnered 203K likes on Instagram.

Akshay and Twinkle married on January 2001. They also have a son named Aarav.

On the work front, Akshay has an exciting slate of work coming up this year. He will be seen next in Rohit Shetty’s cop drama film “Sooryavanshi” opposite Katrina Kaif, and also be in “Laxmmi Bomb” along with Kiara Advani.

That apart, Akshay also has the period drama film “Prithviraj” lined up in the following months. The film will mark the debut of Miss World 2017 Manushi Chhillar.