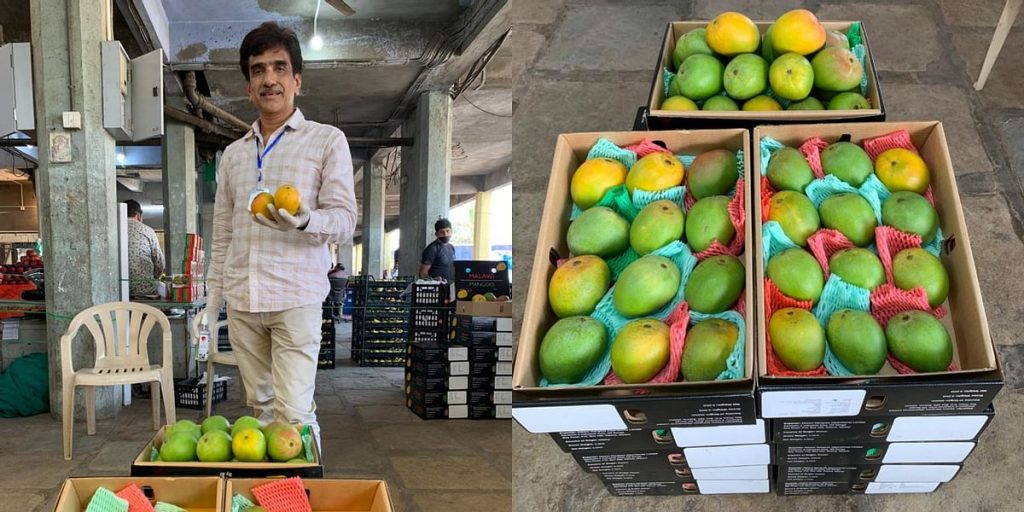 Sanjay Pansare, the fruit market director at APMC Vashi says that half of the consignment has already been sold. “There is a huge demand of Malavi mangoes as it tastes similar to Ratnagiri Hapus and available around three months before Ratnagiri mangoes arrive in the market,” said Pansare.

A box has around 3kg of mangoes and it is being sold between Rs 700 to Rs 900 per kg. “Since there has been huge demand last year, a Pune based company is importing the mangoes, and we are marketing it in Mumbai and Navi Mumbai,” said Pansare. He added that Malavi mangoes available from November first week to the second week of December.

Pansare informed that Malawi mangoes have a season from mid-October to mid-December, unlike the Indian variety which has its season from February to August. “This is also one of the reasons, this imported variety has a huge demand because of its availability before time and similarity in tases,” he said.

Last month, the APMC has received mangoes from Spain and Brazil which were priced around Rs 4000 for one box. However, the variety of mangoes did not market well because of its tastes.