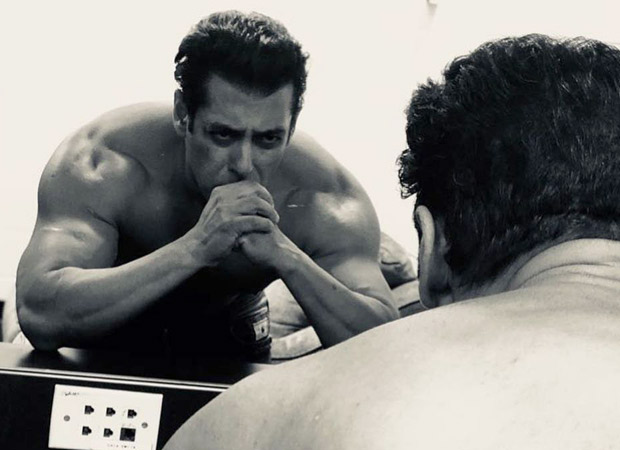 Salman Khan is known for his drool worthy body. Even at 53, Salman Khan can give the new-age actors a run for their money. He has recently started posting pictures on his social media as his big Eid release, Bharat is around the corner. Before beginning Bharatpromotions, Salman Khan wrapped up the shooting schedule for Dabangg 3 and has even shared a few pictures from the sets of famous song, ‘Hud Hud Dabangg’.

While the audience can’t wait to see Salman do the iconic hook step on the silver screen again, he has decided to bless us with a shirtless selfie and his 6 pack abs are making us want to join the gym! From performing songs, to fight sequences, shirtless Salman Khan is our most favourite version of him. Being the Bhai he is, he captioned the picture as, “Chilling and watching the news Swachch Bharat Fit Bharat”.

Take a look at the picture and Varun Dhawan’s hilarious comment on his picture.

Even though we know Varun was joking, we totally agree with him! This man looks no less than a day older than 18! Apart from Bharat and Dabangg 3, Salman Khan will be seen romancing Alia Bhatt in Sanjay Leela Bhansali’s directorial Inshallah.