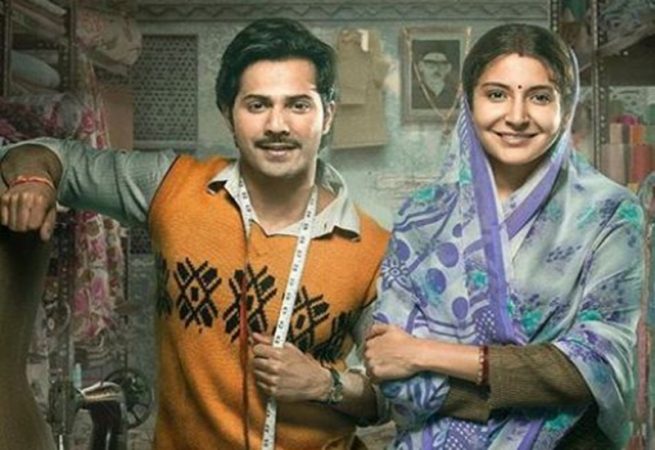 Varun Dhawan plays a local tailor named Mauji and Anushka Sharma an embroiderer, Mamta, from heartland India in YRF’s upcoming entertainer Sui Dhaaga – Made in India. To perfectly portray their roles on screen, Anushka and Varun ensured that they prepared well and got into the skin of their characters. They needed to learn new skills including Handloom, Block Printing, Weaving with the help of charkha, stitching, sewing on machines, embroidering and dyeing of clothes to ace their roles!

“Sui Dhaaga has made me a better artist. I have never learnt so many new things for a film and these skills helped me get into the psyche of my character, his life and struggles. Mauji is a dreamer who wants to make a name for himself and win the love and respect of his wife, Mamta, and his family. In order to achieve his simple dreams, Mauji has to learn various aspects of tailoring, weaving and handloom,” Varun says.

Anushka adds, “It was an extremely fulfilling experience to learn these new skills while becoming Mamta. As an artist, I look to seek out new experiences and Sui Dhaaga gave me the opportunity to pick up such amazing and different skills that I would have never learnt otherwise. I had to learn the Charkha, which is just used to separate the yarn. I did a crash course at block printing. I learnt embroidering. It was a challenging yet creatively nourishing experience to work in this film.”

A film about finding love and respect through self-reliance, Varun is paired opposite Anushka Sharma who plays an embroiderer in the film. Both champion actors, Varun and Anushka have come together for the first time and are definitely the most-awaited and freshest on-screen jodis of 2018.

Sui Dhaaga brings together National Award winning producer-director combo of Maneesh Sharma and Sharat Katariya after their blockbuster Dum Laga Ke Haisha. The film is a special salute to the inherent entrepreneurial spirit that the youth of India have. Sui Dhaaga – Made in India is set to release on September 28 this year