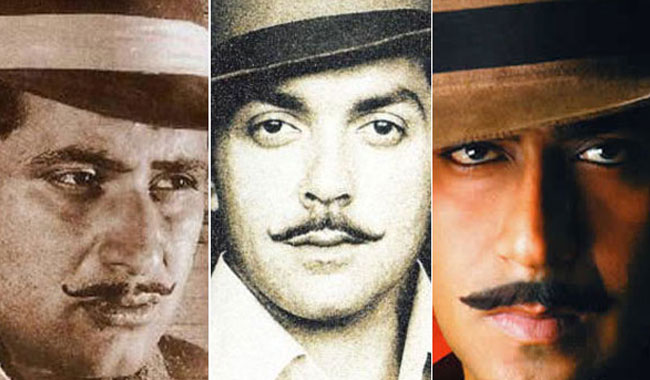 India’s freedom struggle has given us many great stories of inspiration, emancipation and patriotism over the years. Bollywood has been influenced, time and again, by tales of influential revolutionaries and the trio of Bhagat Singh, Sukhdev and Rajguru have encouraged many a filmmaker to depict their amazing legend of sacrifice on the silver screen. The three brave men were executed by the British empire on March 23, 1931. We pay tribute to our martyrs by looking back at the films made in their honour in Hindi cinema.

Almost a decade later, Shammi Kapoor appeared in and as ‘Shaheed Bhagat Singh’. The film was directed by KN Bansal and besides Shammi Kapoor, the movie starred Shakeela, Premnath and Achla Sachdev in prominent roles.

The Deol brothers – Sunny and Bobby, starred in this retake on Bhagat Singh’s life. It released with Ajay Devgn’s ‘The Legend of Bhagat Singh’, and both the films failed at the box-office, but received tremendous critical appreciation. The film also featured Amrita Singh, Rahul Dev, Divya Dutta and Aishwarya Rai in a special appearance.

Rajkumar Santoshi directed Ajay Devgn as Bhagat Singh and focused on how Singh came to develop his independent views against the British Raj and the development of his ideologies, right from witnessing the death of Lala Lajpat Rai to the reopening of the Saunders’ murder case. The film went on to win two National Awards, including the Best Feature Film in Hindi and Best Actor for Ajay Devgn.