Cases of monsoon illnesses drop by over 100% in Mumbai 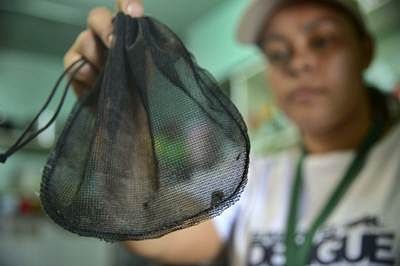 Cases of monsoon illnesses drop by over 100% in Mumbai

At a time when the doctors in the city are still busy fighting the battle with COVID-19, a silver lining has appeared with the number of monsoon-related illnesses and swine flu cases dropping by over 100%. During the start of the monsoon, the public was sceptical about the precautionary measures taken by the BrihanMumbai Municipal Corporation (BMC) amidst the pandemic to stop seasonal diseases.

Doctors believe that it worked as a boon. Else, it would have further delayed diagnosis due to the similar symptoms displayed between COVID-19 and seasonal infections. However, the cases of malaria have increased by almost 12 per cent compared to last year. Following which, the civic body is investigating the matter to know the exact reason for the increase in cases.

Dr Magala Gomare, executive health official, BMC, said there are several factors that brought such cases under control since the pandemic started. Moreover, the people were aware of the water-borne diseases due to which they took necessary precautions. “The insecticide department of the BMC has done great work during the pandemic. Because of this, the cases were less than 50 per cent compared to last year. Another aspect was that people were maintaining cleanliness at their home and surroundings,” she said.

Suresh Kakani, additional municipal commissioner, BMC, said that since the virus outbreak, they have been on their toes to curb other illnesses, which have always taken a toll on Mumbaikars’ health. They have been taking preventive measures and have created awareness amongst the citizens about water-borne diseases and have asked them to take extra precautions.

“Though we had started the preparation for water-borne diseases late, we can keep it under control. All efforts taken by the health and insecticide department have yielded good results. On a larger scale, we carried our sanitation and fumigation work. We also oiled the stagnant water to destroy the breeding ground of the mosquitoes,” he said.

Moreover, as per the data provided by the insecticide department, they have destroyed 63,000 breeding grounds of Aedes mosquitoes that spread dengue between January and December this year as compared to 58,000, which was done in 2019 during the same period.

Dr Gautam Bhansali, who consults with Bombay Hospital, said amongst non-COVID-19 admissions, many have started seeing malaria cases. “Amongst monsoon ailments, we are mostly seeing malaria. We have treated a few cases with COVID-19 and malaria infection. All recovered,” he said.

A senior doctor from the civic-run hospital said, “In my opinion, COVID-19 is mostly coincidental. Also, malaria is caused by a parasite that attacks blood cells, whereas COVID-19 is a viral infection and affects respiratory and endothelial cells. They really have no scientific reason for co-existence.”