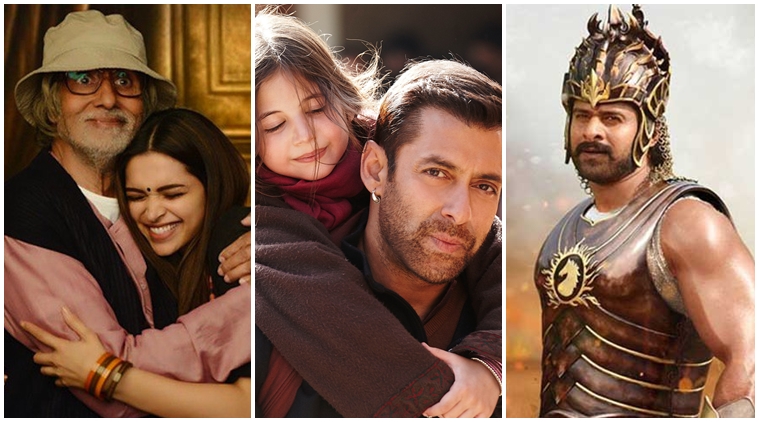 2015 was the year when Bollywood failed to set a box office record unlike previous years with PK and Dhoom. That aside it did not fail to disapoint with a mix of some movies worth watching. Here are some of our highlights;

Female centric films were in demand this year! This year we were given big ones, Piku and Tanu Weds Manu Returns raking in huge moolah. With Piku, Deepika proved that she is a force to reckon with and stood out with her splendid performance in a film that had stalwarts like Amitabh Bachchan. The real surprise of 2015 however was Tanu Weds Manu Returns. Kangana Ranaut effortlessly played a double role that saw everyone eating right out of her palms.

South Indian flavour Baahubali is in! A South Indian film with South Indian stars never made a big impact on Hindi speaking audience (except Rajinikanth) until Baahubali came along. The story, visually delightful VFX enhanced spectacles and the epic war sequences turned the movie into a cult giving it an uninterrupted run for weeks.

Salman Khan is changing!: Okay let’s accept it. The new-age Salman Khan hardly acts. He is himself in most of his films – flamboyant, sprinkling his dash of Salmanism for his die hard fans. However, Bajrangi Bhaijaan saw an altogether new Salman Khan emerging. One, who was subdued and touched hearts with his emotional acting chops. And guess what, he didn’t have to take off his shirt for the picture to become a hit.

Megastars and big budget films fail! Content is always the king. Audience outrightly rejected big films with poor storyline despite them starring major A-list stars. The biggest disappointment was Anurag Kashyap’s Bombay Velvet that sank without a trace at the box-office. Akshay Kumar’s Brothers and Shahid Kapoor’ Shaandaar too bombed at the box-office despite holding high expectations. A more recent example would be the Dilwale v/s Bajirao Mastani clash where King Khan couldn’t exactly decimate his opponent.