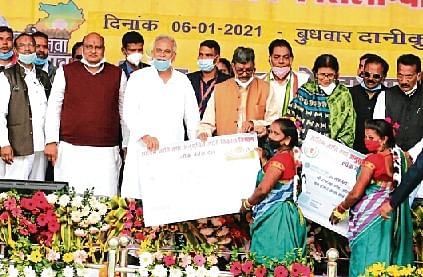 Chhattisgarh Chief Minister Bhupesh Baghel on Wednesday opened his treasure for the newly-constituted Gaurela-Pendra-Marwahi (GPM) district. He inaugurated and laid foundations of the development works worth Rs13.30 crore in the district on Wednesday, a government statement said.

The CM also extended a financial aid worth Rs4.61 lakh to 230 beneficiaries and distributed funds and goods worth Rs13.59 lakh to 337 beneficiaries under various government schemes.

He inaugurated the recently-completed housing project Rs4.68 crore under which official residences for the government officials and employees were built.