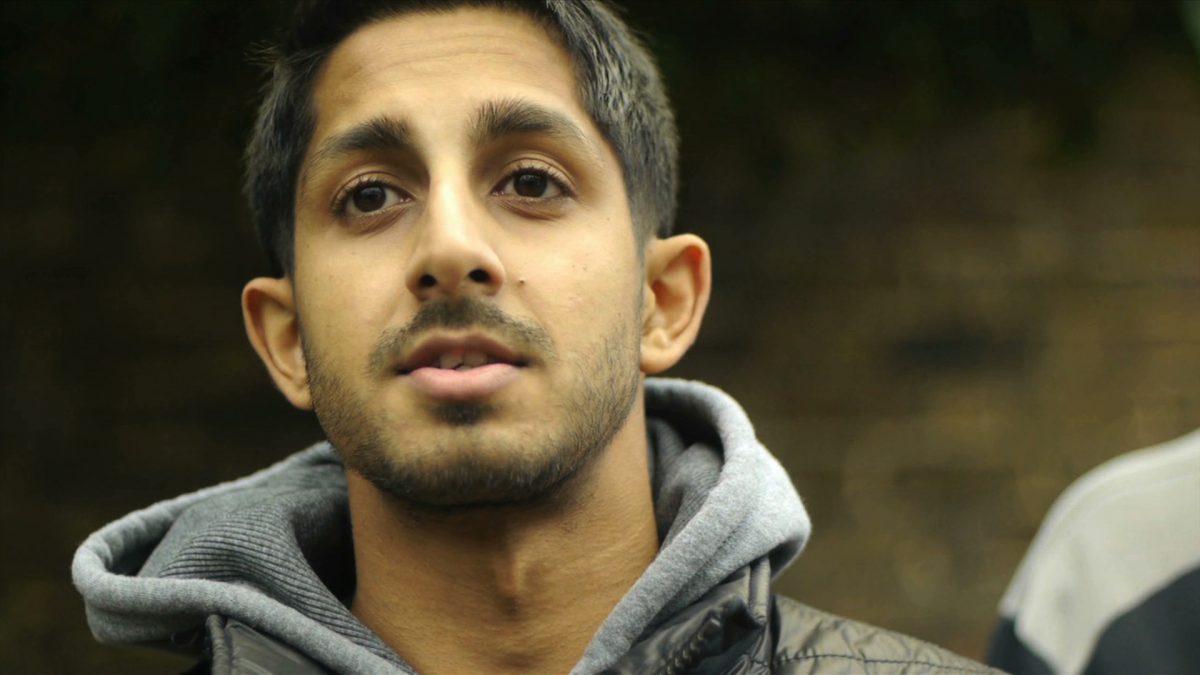 DB: How did you get into acting?

SR: I did theatre studies as one of my A-levels so I’d say that was my first bite at acting. After that I started attending a local drama school which held weekly evening classes. The lady who ran the classes doubled as an agent and it just went from there. I was auditioning on and off for a good six month before I landed my first role in Casualty.

DB: Who do you look up to in the industry?

SR: Within acting I’m a sucker for the rising actors. There’s something about the underdog or the person who’s breaking through that I take huge inspiration from. For me I’d say Riz Ahmed, whose stock is constantly growing project to project, and Aml Ameen who’s doing great things state side. Other actors I like include Toby Kebbell, Carey Mulligan, Di Caprio, Idris Elba, James McAvoy.

DB: There are a lot of Brit-Asian talent that have gone on to doing really well in the USA such as Riz Ahmed and Archie Panjabi. Would you ever consider going overseas?

SR: I don’t think I would go unless the work took me there. Long gone are the days of rocking up in LA during pilot season in the hope of landing something without any management. It just doesn’t work like that. So at some point I would like to go but getting the opportunity and right timing are key. So much overseas work is being cast in London and the ability to send tapes is easier and faster than ever before so you never know!

DB: You’ve done theatre, TV and film, which do you prefer and how do you think it has developed yourself as an actor?

SR: I got my first break in TV so i’ll always feel slightly more comfortable with screen work. I recently did some theatre after a while and that was incredibly refreshing , being in the rehearsal room everyday you learn so much from the other actors, and the buzz of a live crowd every night is a unique feeling.

DB: The two short films that you’ve recently done have been creating a lot of buzz in the film festival circuit. Why did you choose to do them and how important are the stories?

SR: I shot Vigilante about a year ago and that was a script that I just enjoyed reading start to finish. It’s a current story, based in the backdrop of the London Riots so that was certainly appealing but mainly the character was this lost kid who just wanted some guidance in his life and exploring that was a great experience. On the flip I side I did the comedy, Carol’s Surprise. More of short skit, the director came across my work and sent me the treatment and script, and I was sold. It was really funny and the element of breaking the fourth wall and speaking to the audience was a bit stranger at first, but it worked and the director was happy with the outcome.

DB: What’s the best acting advice you have been given?

SR: ‘It’s all about the work’. That was quite recent in fact, from Daniel Kaluuya. So simple but true. It’s easy to get lost in your own hype if you’re doing well, and also just as easy to lose your mind when things aren’t going so well but ultimately it’s your work that’ll stand the test of time. Keep the work rate and level high and the rest will take care of itself. I also heard a quote some years ago which read ‘Always be happy, never be satisfied’. I can’t say I’ve always stuck to that, but I try my best with it.

DB: What advice would you give to budding actors?

SR: I would say keep learning. To this day, where I can, I’ll still go to acting classes and workshops to try and keep improving. You may only take away one thing from the class but it’s something you could potentially use going forward. Other than that my advice would be to grow a thick skin. It’s not easy, but learning to take rejection will only help you . Learn to pick yourself up and move on to the next one without taking it personally.