For Shweta, Love Bloomed In The Air 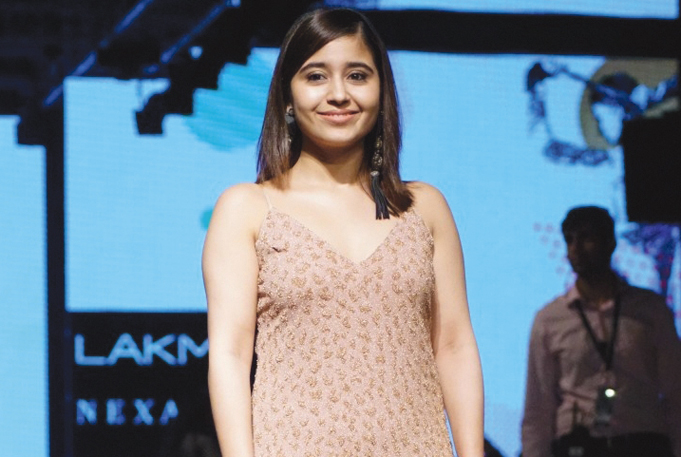 For Shweta, Love Bloomed In The Air

New Delhi: What started out as a mid-air conversation five years ago is now culminating into a wedding for “Masaan” and “Haraamkhor” actress Shweta Tripathi and actor-rapper Chaitnya Sharma aka SlowCheeta on June 29.

SlowCheeta is five years younger to Shweta, but the actress quips she looks younger at 32. “We met because both of us were stepping in for other actors. So, from Bombay (Mumbai), we met in Delhi to perform and hardly spoke throughout. On our way back, we were seated next to each other. It was a 5 a.m. flight, so obviously the plan was to doze off. But we started talking and that was that,” Shweta recounted.

The proposal was rather romantic — and much in tune to what both of them love — theatre.

“He proposed at a place called Cuckoo Club, which is a performing place in Mumbai. He had told me he has a new play, so I went to see that… But it was the proposal,” said Shweta.

SlowCheeta, who has a tattoo of Shweta’s name and stands tall at 6 ft, delivered a monologue in front of a full audience about the journey that has led to the new journey they are ready to take.

“They say you fall in love, and I fell hard, from about 36,000 feet! Up in the air, into her heart and she already had mine. Relations start from the ground upwards, mine started in the sky. We spoke about whales and the ocean and everything we know. She found me, and I found Nemo.”

The wedding will take place in Goa with “closest” family and friends in attendance.

Shweta — daughter of Delhi’s former Chief Secretary P.K. Tripathi — came to Mumbai over a decade ago.