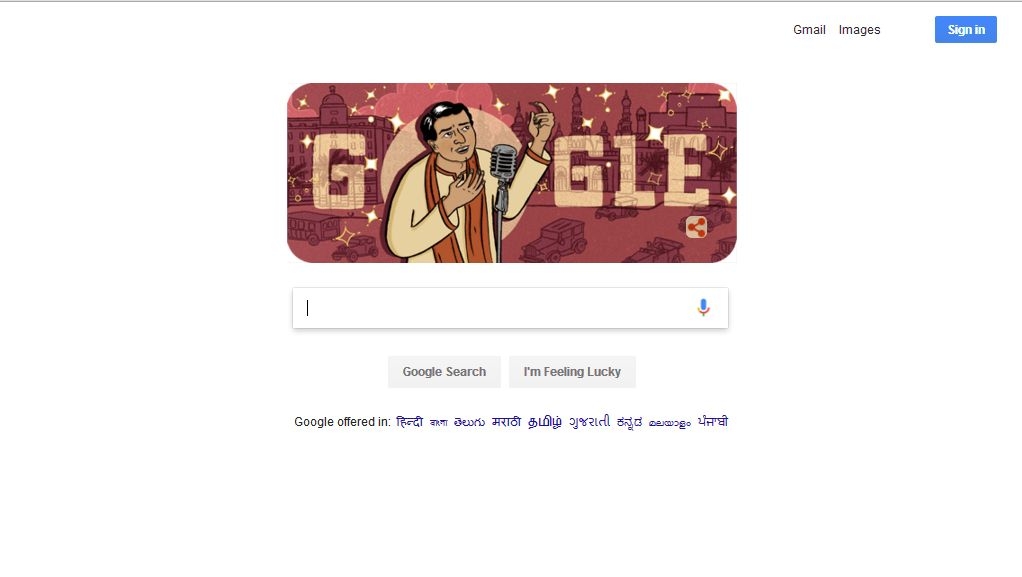 The Doodle, designed by Vidhya Nagarajan depicts Saigal sporting a kurta and a ‘gamcha’, with his well-oiled shiny hair side-parted to the right — as was his style — his spiritually dreamy eyes gazing up as he croons a number on a traditional microphone, against the backdrop of the Calcutta (Kolkata) of the early 1900s with visible road traffic.

The Indian film industry was born in Kolkata, before it gradually shifted to Mumbai in the mid-1930s to grow into Bollywood — the world’s biggest in terms of the sheer number of films produced and released annually.

Born on April 11, 1904 in Jammu, Saigal used to be accompanied his devout mother Kesarbai to various religious functions, while his father Amarchard remained busy as a courtier with the Jammu and Kashmir Maharaja.

He would listen keenly to the bhajans, kirtans and devotional songs often accompanied by classical music and dance, and also occasionally acted as Sita during the Ramlila celebrations in Jammu.

Dropping out after early schooling, the young Saigal took up odd jobs and tried to indulge in his passion for singing whenever he got a chance. He then met a businessman, Mehrchand Jain, and they became longtime friends, attending music concerts (mehfils and mushairas). They then shifted to Calcutta and Jain coaxed Saigal to pursue his singing career seriously — a fact later gratefully acknowledged by the legendary singer.

In the early 1930s, a classical exponent and music director, Harishchandra Bali, gave him his first break in singing, introduced him to well-connected people and Saigal landed a singing contract with B.N. Sircar’s New Theatres company on a fabulous salary of Rs 200 per month.

At that time, the silent films era, cradled by the venerable Dhundiraj Govind alias Dadasaheb Phalke in 1913 with “Raja Harishchandra”, was setting with the country’s first talkie, “Alam Ara”, released in 1931.

With his powerful, canorous, nasal yet mellifluous voice, Saigal easily managed to carve a niche for himself at the dawn of the talkie era.

Around that time, the Indian Gramophone Co. released Bali’s album comprising a couple of Punjabi songs rendered by Saigal, but it was only in 1932 that he first acted and sang under the screen name of ‘Saigal Kashmiri’ for three films — “Mohabbat Ke Aansu”, “Subah Ka Sitara” and “Zinda Laash”.

Unfortunately, all bombed at the box office and in 1933, he changed to his original name, Kundanlal Saigal, under which he acted and sang for “Yahudi Ki Ladki” and “Puran Bhagat”.

A set of four bhajans by Saigal in “Puran Bhagat” became a national rage, and after his next venture, “Chandidas” (1934), a new superstar was born in the fledgling Indian film industry.

Saigal then played the career-defining role of an alcoholic torn between the love of his life and a nautch girl in “Devdas” (1935), based on the similarly titled immortal classic by Sarat Chandra Chattopadhyay. The film was directed by P. C. Barua.

Though Saigal picked up Bengali well during his sojourn in Calcutta, the country’s first Nobel laureate, litterateur Rabindranath Tagore, first heard out Saigal before giving permission to a non-Bengali to sing his compositions.

Saigal did not let him down, and the singer became the darling of all Bengalis with his 30-odd songs in their ‘matrabhasa’ (Mother Tongue).

In those days, it was the norm to sing ‘live’ before the camera that recorded all, which finally gave way to ‘playback’ singing, till 1938, Saigal continued in the traditional style.

In 1941, he moved to Bombay (Mumbai) where the modern-day Bollywood had already taken strong roots with several top production houses churning out films in quick succession.

However, by that time, Saigal had become an incurable alcoholic which affected both his physical and professional health — there was a time when he could not sing a word before a taking a long swig.

In his short life-span of just 42 years, including 15 years as a professional actor-singer, Saigal left a treasure trove of over 36 films including 28 in Hindi, seven in Bengali and one Tamil, besides around 185 songs, many of which are hummed even today.

Among the best remembered films are: “Puran Bhagat”, “Devdas”, “President”, “Streetsinger”, “Chandidas”, “Tansen”, “Bhakta Surdas”, “My Sister”, and his final “Parwana” before his demise on January 18, 1947, when India was standing at the doorstep of Independence.

Besides bequeathing his own films and songs and inspiring many others like Mohammed Rafi, Mukesh, Kishore Kumar, Lata Mangeshkar and more, with Mukesh even styling himself after Saigal in his early career.

There are thousands of Saigal fan clubs or music clubs, including in Mumbai, which congregate regularly to render his melodies and remember one of the greatest singers of India. 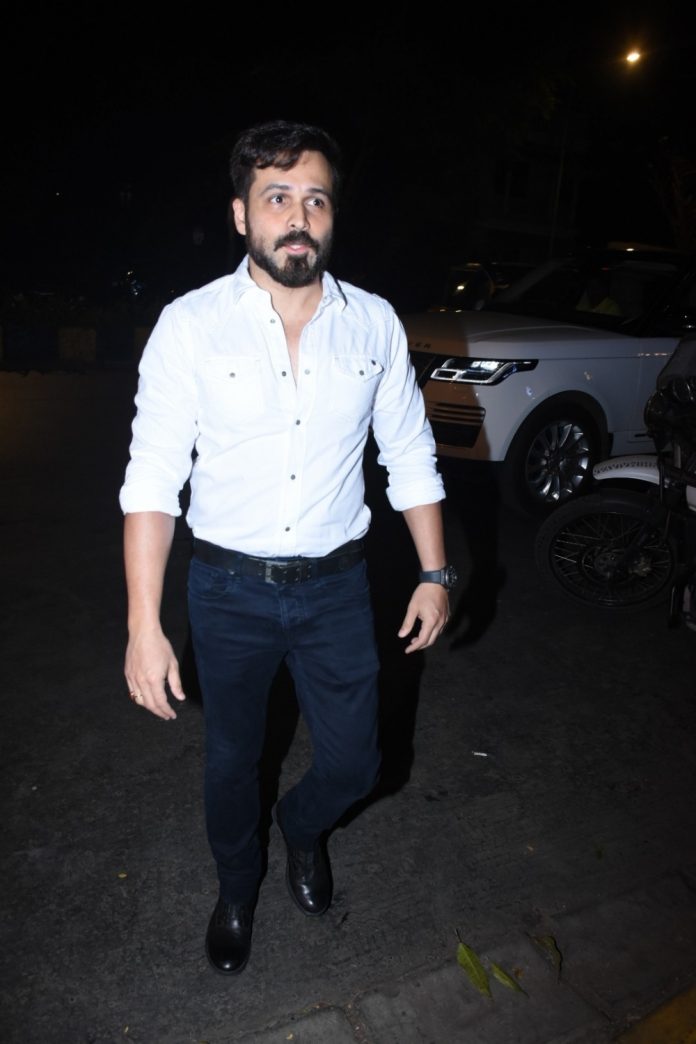 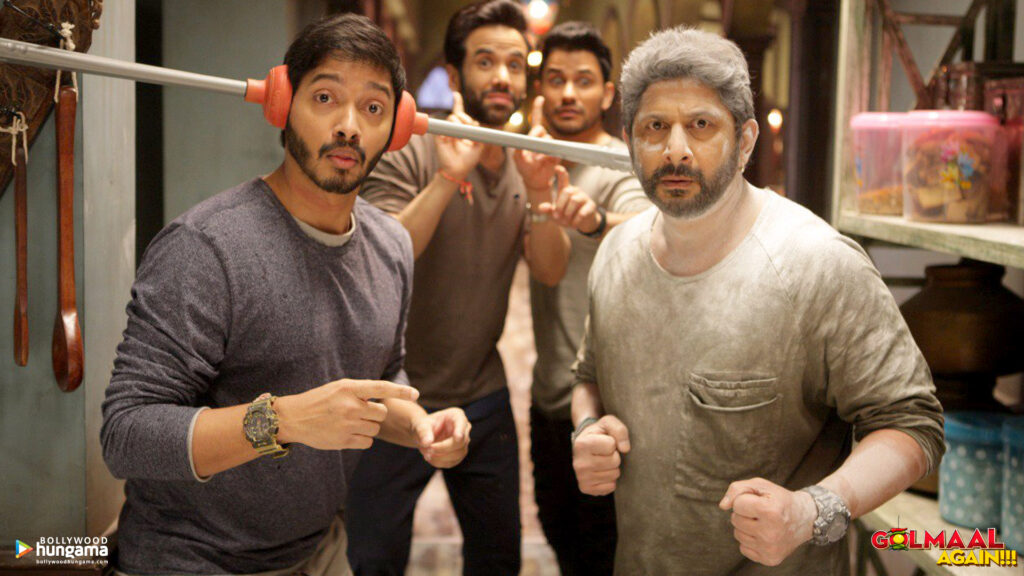 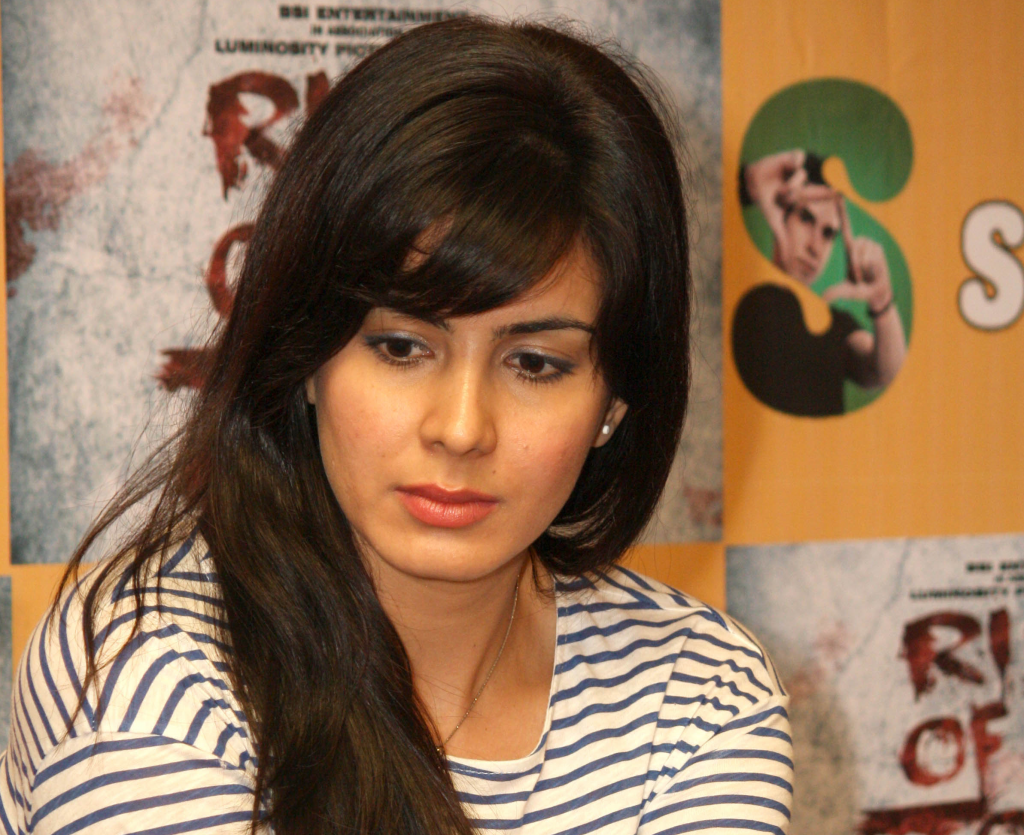