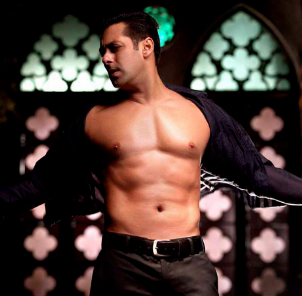 Following the huge commercial success of Dabangg and Ready, Salman Khan is back with a bang with his forthcoming Eid release Bodyguard. Salman spoke to Bollywood writer Supriya Davda about his latest venture. Salman talks about his chemistry with Kareena Kapoor and how he has to forget she is Karishma Kapoor‘s sister onscreen.

DB: To begin with please tell us something about Bodyguard?

Salman Khan: Bodyguard is not just an action masala film, it has lot more to it. It is an innocent love story. I think the film is a perfect mix of action, drama, romance and whole lot of emotions. It is a fresh and different film altogether.

DB: Media predicts this may be your hat-trick after the success of Wanted and Dabangg. What to do you think about it?

Salman Khan: Bodyguard is a different film and its always good if a movie gets good response. I hope the audiences like the film. I hope the film is a success at it has a lot of efforts involved. If the film turns a blockbuster its great and if it doesn’t you have to move on. My satisfaction comes out of knowing that my fans are thoroughly entertained and happy with the film.

DB: You’re working with Kareena for the third time after two unsuccesful films  Kyun Ki and Main Aur Mrs Khanna, please tell us about your chemistry with Kareena in Bodyguard?

Salman Khan: Yes thats right but I have known Kareena for very long now and also have worked in a couple of films it her prior to this. So we are not new to each other’s style of working. I always see he as Karishma’s younger sister Bebo, so while shooting I just have to forget the fact she is Lolo’s sister for some time and then Kareena take it forward from there. She is very dedicated to her work and makes our on screen chemistry look effortless.

DB: How was your experience working with Siddique?

Salman Khan: He is one of the most talented directors in the South Indian cinema. He is very experienced and brought a lot of fresh insights with him. Though this this film is the remake of the Malayalam version there are drastic changes in the characterization and Siddique has put a lot efforts to bring this film to the audience. It was fun working with him and we shared a remarkable level of comfort.

DB: Were there any challenges that you encountered while shooting for Bodyguard?

Salman Khan: Every time a movie works, the expectations always increase. Bodyguard is a concept that the Bollywood audiences would have not come across before. The hype is always bigger and that is challenge. From music, to acting, to dancing, people always have bigger expectations. I have to go one notch above my previous performance so that I can keep my fans happy.

Bodyguard is this season’s biggest film releasing on a long weekend of Eid and Ganesh Chaturthi on 31 August, 2011.