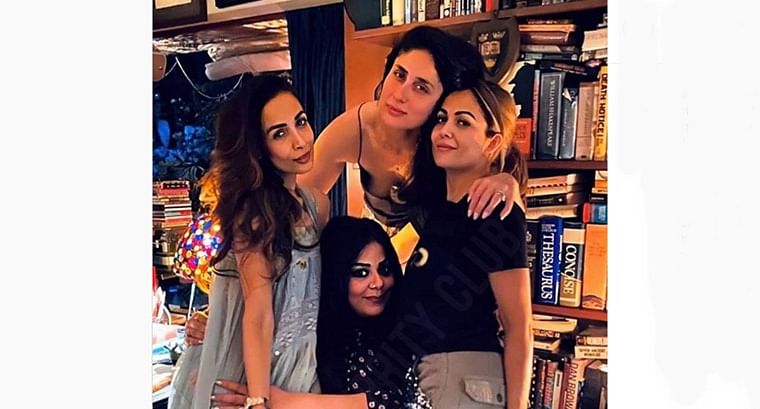 In the photograph doing the rounds on social media, Kareena, Malaika and Amrita strike a jolly pose for the camera.

On Wednesday evening, Kareena hosted a dinner party at her place where Malaika arrived with her son Arhaan Khan and rumoured boyfriend Arjun Kapoor, according to pinkvilla.com. Others who were at the dinner included Karisma Kapoor, Mallika Bhat and Amrita Arora.

On the acting front, Kareena will next be seen in “Angrezi Medium”. The film also stars Irrfan Khan and is scheduled to hit the screens on March 13.

“Angrezi Medium” revolves around a relationship between a single father, played by Irrfan, and his daughter (Radhika Madan).

The film is presented by Jio studios and Prem Vijan.