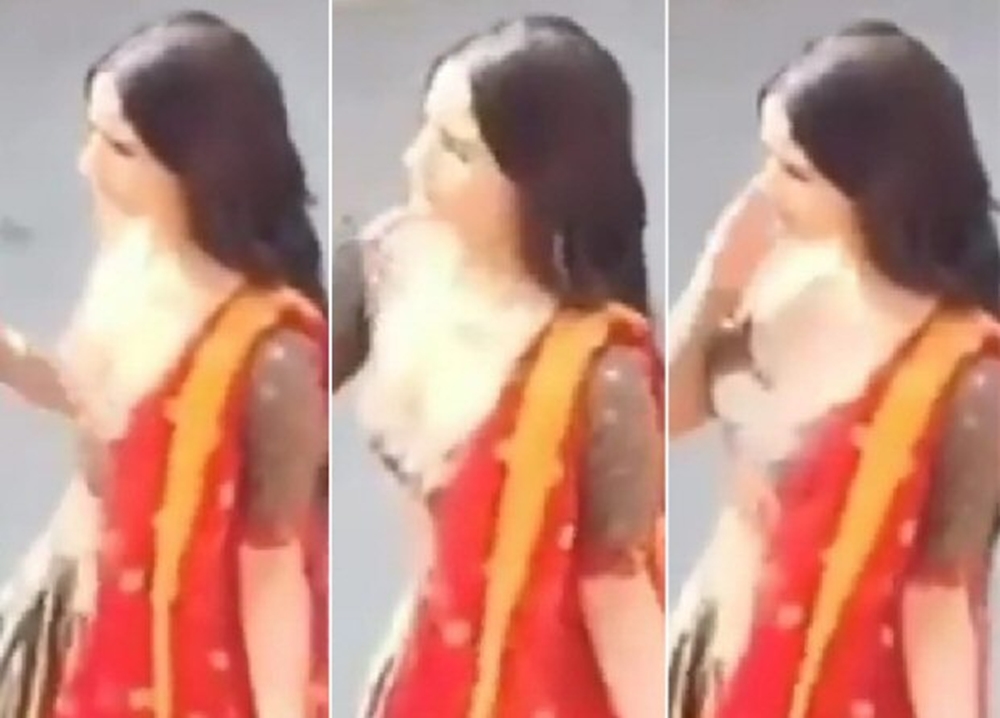 Alia Bhatt has wrapped up yet another big project, Kalank. The film, which marks the fourth reunion of her with Varun Dhawan, is a period drama. It is being helmed by director Abhishek Varman which also stars Madhuri Dixit, Sonakshi Sinha, Aditya Roy Kapur, Sanjay Dutt and Kunal Kemmu in pivotal roles. The final schedule was shot in Gwalior and now Alia’s leaked videos from the sets of the film are going viral on social media.

A couple of fan clubs shared videos of Alia Bhatt dressed in ghagra choli while shooting a dance sequence. From the looks it, Alia shot for a grand scale dance number which required her to learn a traditional form of dance. In the leaked videos, she is surrounded by several background dancers. While Alia’s character has been kept under wraps, this sure is exciting for her fans as they gear up for the release. Check out the video below

This morning, Alia shared a lovely black and white photo from a picturesque locale after the wrap up with Varun Dhawan. She captioned it, “& it’s a film wrap for Varun on KALANK.. Our 4th film completed together and he still manages to surprise me with his hard work and crazy energy everyday.. Also manages to make me laugh like a crazy person by just being himself.. I can’t can’t can’t wait for you guys to see the stuff he’s done with his character in the film!!!! #KALANK.”

Kalank, which was incepted 15 years ago by Karan Johar and his dad Yash Johar, will release on April 19, 2019.