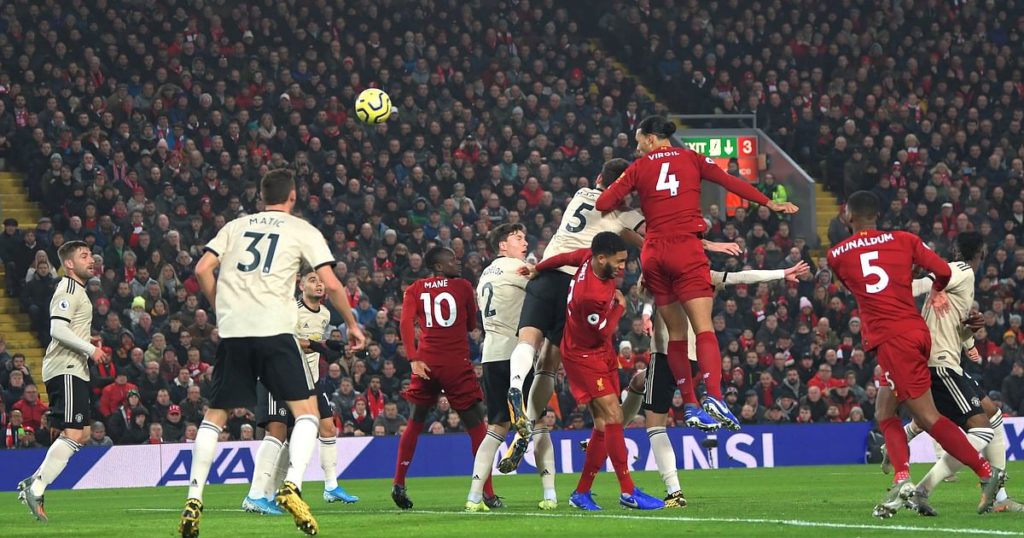 The Norwegian had set up with a back five, with Luke Shaw forced to deputise out of position as a third centre-back, and only a great challenge from the former Southampton left-back denied Sadio Mane a certain second as he burst onto Roberto Firmino’s pass.

Jurgen Klopp’s men did have the ball in the net twice more before the break, but VAR and the offside flag came to United’s rescue to keep the score down.

Firstly, Firmino’s brilliant strike was ruled out as Van Dijk was penalised for an aerial challenge with David de Gea after a VAR review.

Georginio Wijnaldum then slotted past the Spaniard after a brilliant through ball from Alex Oxlade-Chamberlain, but the Dutchman had strayed marginally offside.

Shorn of injured top scorer Marcus Rashford, United failed to even muster a shot in anger for the first 40 minutes until Anthony Martial pulled his effort wide of the near post.

However, they could easily have been level against the run of play moments later when Andreas Pereira could not stretch to turn home Aaron Wan-Bissaka’s ball across the face of the goal.