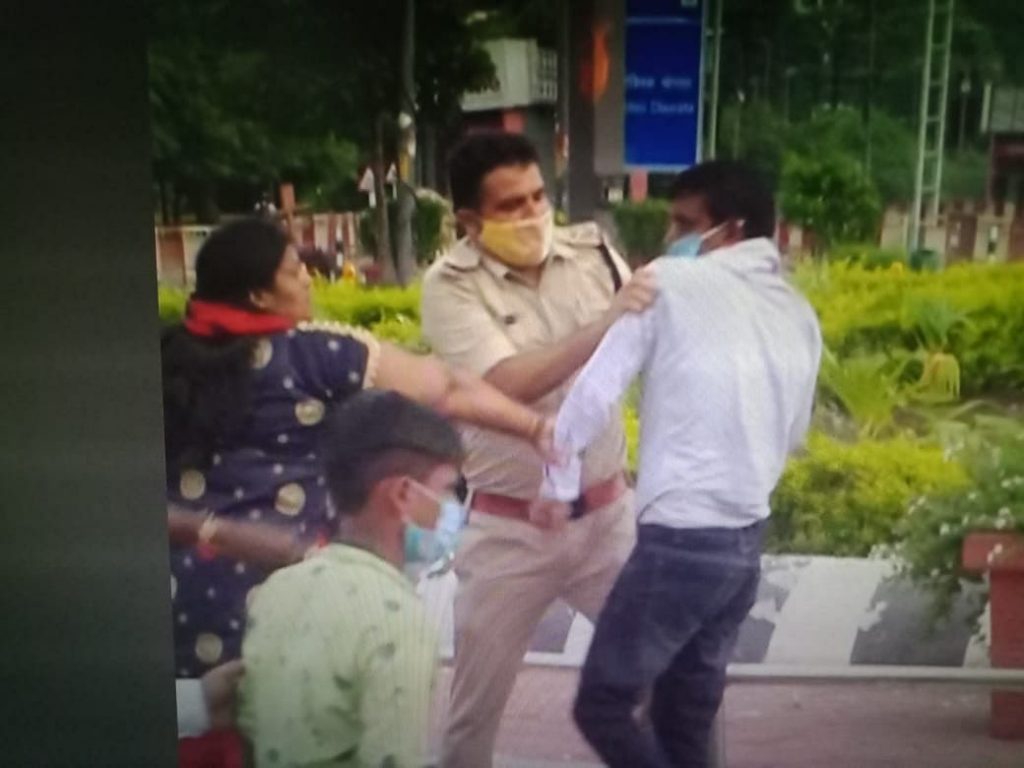 Bhopal: A 43-year-old man was beaten up and dragged by Shyamla hills police as he was heading for a hospital with his wife at 4 pm on Monday. Police have become violent while enforcing lockdown that ends on Tuesday.

Citing the imposed lockdown, the police are misbehaving with people even if someone is travelling in any emergency. The man Dhananjay 43 and his wife were stopped by the police near Polytechnique Square by police.

He was a resident of Bairagarh and had come to Bhopal to visit a hospital. The cops asked him the reason for roaming around in the lockdown and later threatened him to book him for the violation of lockdown. He told police that his wife needs medical consultation from a doctor and he was heading towards a hospital. The police were unsatisfied with reply and entered into an argument. After verbal spat, police dragged him on the road after beating him and made him sit in their vehicle.

His wife kept on pleading to leave them but policemen didn’t listen. Police said the man did not cooperate with them and wanted them to leave him. It was lockdown and government had barred everyone from leaving the house unless there was valid reason for it.

Police also said the man was not wearing mask and when stopped them, he said the masks were not provided to him by the government. When contacted, SHO Shyamla hills Tarun Bhati said the accused was not beaten but he was forcefully taken into the police jeep and brought to the police station.