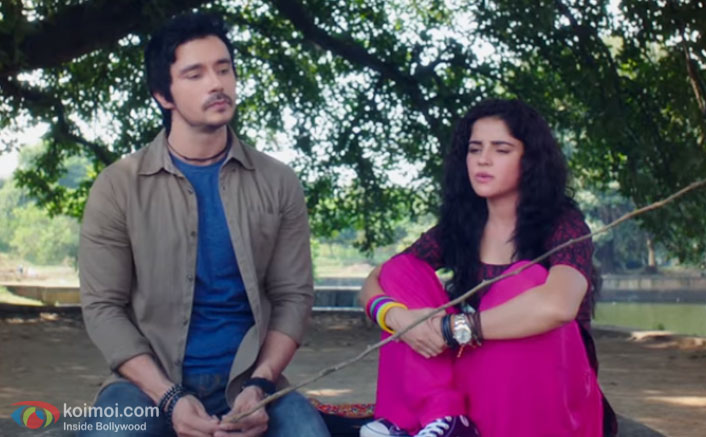 “Mirza Juuliet” is Romeo Juliet in a rustic avatar, as it is set in Uttar Pradesh. A feisty girl, Julie is the pampered youngest sister of three brothers — Dhanraaj (Priyanshu Chatterjee), Bheem and Nakul and can get away with any kind of mischief.

Betrothed to Rajan Pandey (Chandan Roy Sanyal), the debauch and depraved son of a politician of Allahabad, she falls in love with her childhood friend Mirza (Darshan Kumaar), a boy with a dubious past. The trials and tribulations of the young lovers as they are pitted against a caste-conscious society, forms the crux of this film.

Darshan as Mirza, excels as he brings to life his character of an underdog, lover and dauntless individual. He emotes with conviction and fights with equal panache. There is a certain restraint in his demeanour which is praiseworthy.

Pia Bajpai as Julie, is crass and over-the-top in her initial spoilt-girl avatar, but mellows down in the second half and performs well. She is confident and uninhibited. They are ably supported by Chandan Roy Sanyal and Priyanshu Chatterjee, who essay their characters sincerely.

The plot is wafer-thin and predictable as it hinges on the usual love story, although the back story of Mirza is meant to round it off and make it look more complete. The characters, however, are reasonably well-etched.

While the film has the perfect setting and touches upon issues like a political scenario replete with religious polarisation, power-hungry politicians, corrupt police officials, a caste-driven society, family honour, a much-in-love couple, somewhere, the love story and the chemistry of the two lovers, fails to engage or involve you. You know all along you are watching a film.

While the first half establishes the characters of the film and keeps you sufficiently engrossed, the second half drags needlessly.

With an unnecessary emphasis on sex, so much so that Rajan Pandey refers to his beloved fiance Julie as “Sex-peare’s Juliet”, the film adds a raunchy flavour to the narrative, albeit a bit uncalled for.

The dialogues are crass, in keeping with the flavour of the characters. Nevertheless, they are peppered with humour.

The action scenes are well-executed and well-performed by Darshan. The production values of the film are moderate, befitting a small town film.

The music is nothing to write home about although it is boasts of the local flavour.

Overall, “Mirza Juuliet” is a decent attempt at recreating Rome and Juliet, sans the emotional quotient.