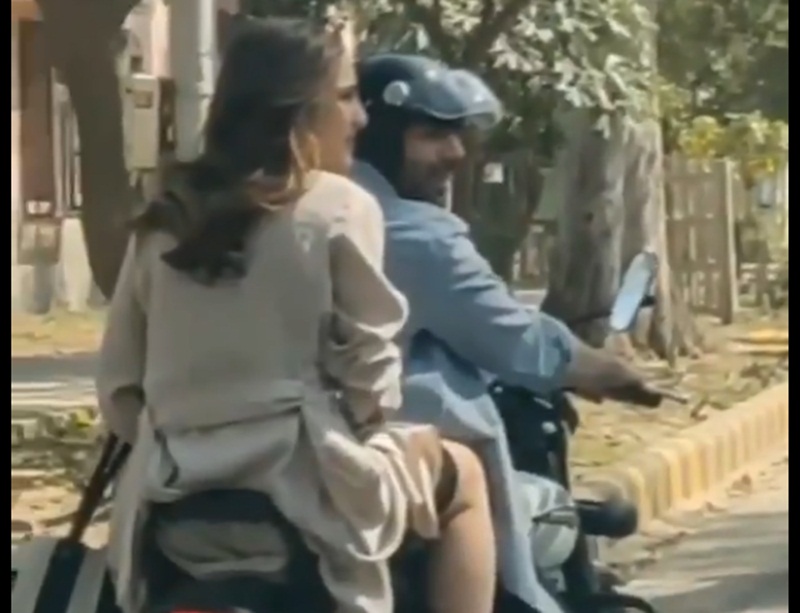 Bollywood actress Sara Ali Khan has landed herself in trouble, as per News 18 report police complaint has been registered against the actress for riding pillion without a helmet. Sara was in Delhi for the shooting of her upcoming movie Love Aaj Kal 2 and for one of the scenes she had to be a pillion on a bike with co-star Kartik Aaryan. Earlier the video of bike ride went viral on social media and Sara had to face backlash for not wearing a helmet as a pillion. Now, it seems like Delhi police have also registered a case against her.

News 18 quoted the Delhi Police officials as saying that necessary actions will be taken against the actress after details about the incident are received.

@dtptraffic @DelhiPolice @CPDelhi
pL note that Sara Ali khan having instagram account https://t.co/UdynVSlm8A
has been riding pillion on a 2 wheeler on the streets of Delhi Without a Head Protective Helmethttps://t.co/YlijE0PodR https://t.co/ctrOxxs7gX
reg No DL 35 CK O215 pic.twitter.com/cT7hPcyqop

On the work front, Sara made her debut last year in December with Abhishek Kapoor’s Kedarnath which saw Sushant Singh Rajput alongside her. The film went on to become a hit and fans and critics lauded the actress alike.

Her next film, Simmba was also a major box-office hit last year which was, again, a December release. Directed by Rohit Shetty, the film saw her playing the love interest of Ranveer Singh who played the titular character.

The actress is currently working on Love Aaj Kal 2 which is an Imtiaz Ali directorial and while she plays the female lead, her crush, Kartik Aaryan will play the male lead. Reports also suggest that she has been roped in for the remake of Coolie No.1 which will see Varun Dhawan stepping into the shoes of Govinda and Sara into the shoes of Karisma Kapoor.