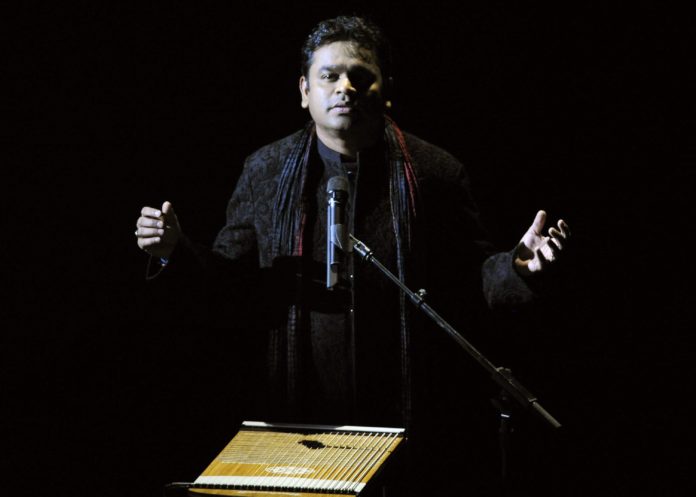 Zimmer, the man behind the music of “The Dark Knight” trilogy, “Gladiator”, “Inception” and “The Lion King” seemed engrossed in conversation with Rahman — as seen in a photograph shared by the latter on Instagram.

“Catching up,” Rahman captioned the image.

The Indian composer, lovingly called the Mozart of Madras, was suited and booted for the concert, where his hit score from “Slumdog Millionaire” was included in the line-up.

“Getting ready for the Oscar concert with the LA philharmonic orchestra,” Rahman tweeted before the concert. He posed besides the golden Oscar statue.

The concert, in the run-up to the 90th annual Oscars, was held at the Walt Disney Concert Hall, as part of a collaboration between the Academy of Motion Picture Arts and Sciences and Los Angeles Philharmonic.

It included the world premiere of suites arranged from all five original score Oscar nominees: “Dunkirk” by Zimmer, “Phantom Thread” by Jonny Greenwood, “The Shape of Water” by Alexandre Desplat, “Star Wars: The Last Jedi” by John Williams, and “Three Billboards Outside Ebbing, Missouri” by Carter Burwell.

The Oscars, hosted by Jimmy Kimmel for the second consecutive year, will be held on March 4 here. It will air live in India on March 5 on Star Movies and Star Movies Select HD.