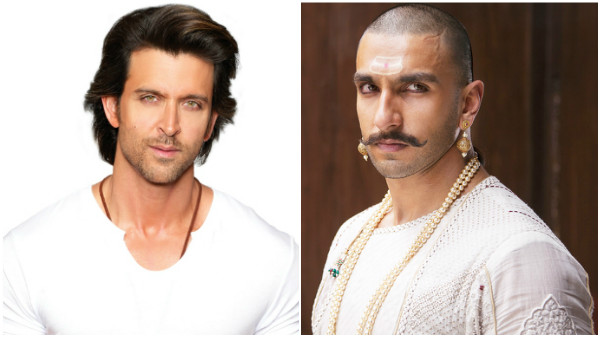 Actor Hrithik Roshan says the level of competition in Bollywood is great, and he feels it motivates one to push the envelope.

The actor, who is awaiting the release of “Kaabil”, also lauded actor Ranveer Singh, especially for his performance in “Bajirao Mastani”.

“When I saw Ranveer Singh in ‘Bajirao Mastani’, it really stirred me. I felt inspired after a very very long time. It starts off as a push and then it pulls you. Competition is great because it’s the only way you can get others to push you to excel,” Hrithik said in an interview to digital show Film Companion, hosted by movie critic Anupama Chopra.

Sharing his experience of watching other great performances in the industry, Hrithik said: “If I’m feeling a little vulnerable, I will avoid a movie where I’ve heard the performances are incredible. But the idea is to go ahead and watch it.”

On the film front, he will be seen in “Kaabil”, which has been produced by Rakesh Roshan under his banner FilmKraft Productions, The film also starring Yami Gautam is set to release on January 25.