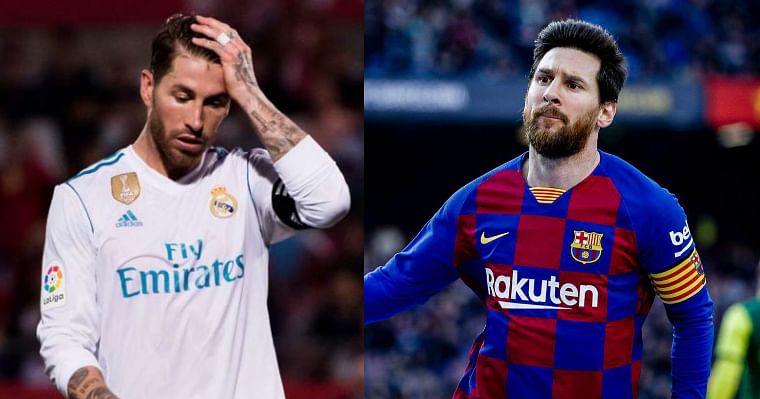 Like Barcelona, and the entire La Liga, Real Madrid skipper Sergio Ramos also wants Lionel Messi to stay with the Catalan club, adding that, however, the Argentine has earned the right to leave the Spanish side at his own will.

Ramos’ remarks come as Messi’s future with Barcelona hangs in the balance and he has asked the club to let him leave.

“It’s something that we’re not focused on but the player has earned the right to be able to decide on his future,” Goal.com quoted Ramos as saying.

“Having said that, for the Spanish game and for Barca and for the rest of us, we’d like him to stay as we always want the best around,” he added.

On Sunday, Messi did not show up for Barcelona’s pre-season medical tests as he continued to find his way out of the club.

Messi is hellbent on leaving the Spanish giant, and English club Manchester City are favourites to sign the Argentine in a bid to reunite him with his former manager Pep Guardiola who led Barcelona to glory from 2008 to 2012.

His contract with Barcelona is currently up to 2021. Manchester City, Inter Milan, and Paris Saint-Germain are the few clubs that have shown an interest in Messi.

Messi has spent his entire career with Barcelona and has managed to win Ballon d’Or six times.