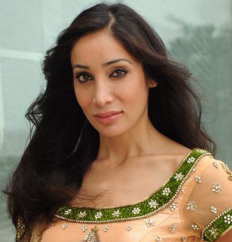 Bollywood’s latest British export the acting, singing and modelling sensation Sofia Hayat, spoke exclusively with Desi-Box about the release of her two forthcoming films; the Bolly-Brit production Naachle London and the Udita Goswami starrer Diary of a Butterfly. Currently living in Mumbai, the actress spoke about her role in her upcoming films and how the future for her is firmly in Bollywood!

Starring as the lead actress in the romantic comedy family Drama Naachle London, Sofia shared how she got the role of Rani. “I was on the casting wish list for Pooja (Rani’s younger sister). When I got the script I thought it was great; a funky girl who goes against her parents’ wishes, and I thought that was me! They then rang me and said when you come to read for Pooja, also read for Rani too just to see how it goes. So when I looked at Rani, I really liked her and secretly hoped I would get her part. I read for Pooja and Rani. I was then asked what I thought and I told them I liked the role of Rani.”

Speaking about her roles, Sofia states she is used to playing glamorous roles, and the role in Naachle London was a refreshing one. “It was a different role for me; I have always played a glamorous girl, sexy chick, or the woman that everyone wants. It was a role that I would not be typically cast for. My whole mannerism was so different that my own friends didn’t even recognise me! She was a great character to play; she has got so much turmoil inside her and it was more of a complex character. As an actor it was a joy to take on a challenging role. A role like that really dose test your acting skills.”

Sofia also talked about working with the veteran British Asian actor and how they bonded over a key scene in Naachle London. “I think the one scene was emotional was with Kulvinder Ghir where he is in hospital. We both don’t like going to hospitals, as we both find it quite uncomfortable for personal reasons.  Kulvinder was reading a scene for next day which was about how his character is proud of the daughter, and I noticed it really got to him. He then told me how he had ran away from home to be with the woman he loved. This was similar to me as I ran away from home to become an artist. That moment Kulvinder knew where I came from and I knew where he came from, we both came from a similar background and we both shared each other’s pain. We had this amazing connection.”

Sofia reveals that she feels that Naachle London is unique in the Bollywood market. “It’s not typical Bollywood film and there is probably nothing like it out there. As the director Neville said the film’s head is in Bollywood, heart in Hollywood and the film is made in London. The themes that we touch on are very real and will definitely resonate with Asian audiences, because we all have faced similar problems in our lives.”

Diary of a Butterfly is Sofia’s second upcoming release, where she plays the best friend of a corporate woman who goes to any lengths to be a successful. “I play Udita Goswami’s best friend; a wealthy glamorous woman who has made her money on her own, although she has an aggressive boyfriend who lives off her. She is also Udita’s character’s voice of reason in the film.”

Despite her role in Diary of a Butterfly, Sofia admits that Naachle London is a film that is close to her heart. “It is an interesting role compared to Naachle London. I do feel that my role in Naachle London is more precious to me as the character of Rani was so much more demanding.”

Spending over 8 months in the Bollywood capital last year, Sofia has now set up home in Mumbai for the foreseeable future and hasn’t got any plans to come back yet. With her current promotions for her new films, shooting for a new slapstick Bollywood comedy in April as well as performing a big item number, her schedule is already packed.

Talking about doing her exciting item number for the forthcoming underworld film Jeena Hai Toh Thok Daal, Sofia is abuzz with excitement by the fact the is working with famed choreographer Ganesh Acharya. The rustic number is sure to sizzle audiences on the big screen just like the recent blockbuster hits Munni and Sheila.

“I just signed an item number which will be choreographed with Ganesh Acharya. I was excited to meet him and the 50 dancers that I am doing the routine with. It’s very like Chikni Chameli. All the dancers in Katrina’s video are also in my item number too. So obviously there is a lot of pressure and there is a lot to live up to. I am really excited as I’ve never done something like this. This is huge!”
Indian media have compared Sofia to the Bollywood beauty Katrina Kaif, who Sofia herself cites as an inspiration. “I admire Katrina. She has come from the UK and is doing what she is doing here. I aspire to be as successful has her.”

Busy Sofia will also be leading the finalists of the Indian Polo Cup on horseback and will also be seen in India’s FHM magazine. With her love for the Mumbai Bollywood lifestylye, Sofia is already casuing a media frenzy with her photoshootos and upcoming film releases. It is fair to say that Sofia is setting the Bollywood scene ablaze and Desi-Box is sure that the coming months we will see much more of the acting sensation.

Sofia Hayat will be seen in Naachle London releasing on the 24th February 2012 as well as Diary of a Butterfly which releases in India on March 2nd 2012. 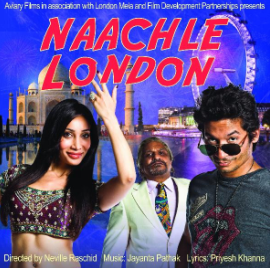 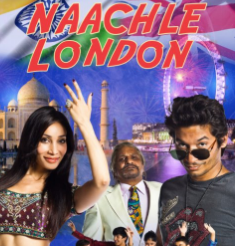