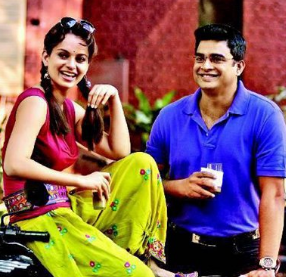 Eros International plc, a leading global company in Indian filmed entertainment, has joined hands with Bollywood director, Aanand L Rai for Tanu Weds Manu Season 2. After the smashing success of Tanu Weds Manu, Rai will be directing the sequel to be produced by Aanand Rai along with Eros.

Speaking on the development, Sunil Lulla, Executive Vice Chairman, Eros International Plc said, After the delightful Tanu Weds Manu, we are looking forward to partner with Aanand Rai for Season 2. We are confident the sequel will be equally memorable and as entertaining as its predecessor.

Aanand L Rai confirmed the news and added, I am thrilled to join hands with Eros on this film. I am confident together we will make some very entertaining cinema. I hope to recreate the same magic with season 2 and reach out to global audiences with Eros’ fabulous network.

The company will be announcing details on the film including cast and crew shortly.