The Slam Tour heads to London! 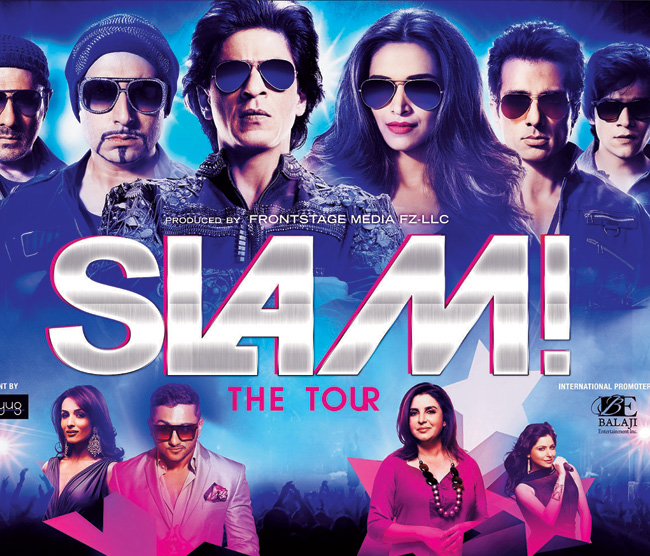 The Slam Tour heads to London!

Indian cinema, popularly known around the world as Bollywood, has carved its niche because of its stories and music. Bollywood, over the years, has not just entertained the Indian audiences but has also garnered a lot of love and support from the world audience. Taking this thought forward, we bring to you the biggest Bollywood extravaganza of all times – SLAM THE TOUR (STT).

“I am blessed to get a lot of love and support from people around the world. This is our way of giving this love back and thanking you all. I am super excited and looking forward to being in your city along with my colleagues Farah, Deepika, Madhuri, Malaika, Abhishek, Boman, Sonu, Vivaan and Kanika. We promise you an evening of love, laughter and entertainment. So mark your calendar and be there at SLAM, THE TOUR,” said SRK.

SLAM+ THE TOUR is brought to audiences in London by Entertainment Impresario and the Bollywood show organiser Farhath Hussain in association with live event promoter Think Events.