Uncertainty on Singh is Kinng 2 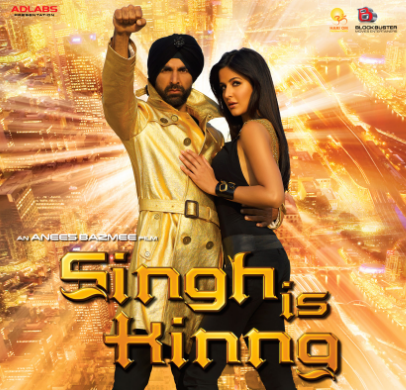 Uncertainty on Singh is Kinng 2

Few years back Akshay Kumar starrer SINGH IS KINNG turned into a major blockbuster, it was pretty much on the anvil that a sequel to this family entertainer would be made. In fact it was pronto declared by the maker Vipul Shah and lead actor Akshay Kumar were more than enthusiastic with the idea of coming up with the next episode in the life of Happy Singh. However, the director of the enterprise, Anees Bazmee, has firmly and squarely moved on from the lure of directing the film’s sequel.

"Well, don’t ask me because I really have no idea about that", said Anees Bazmee when asked if had any clue around where exactly did SINGH IS KINNG – 2 stand. Now that’s pretty much a surprise coming from the man who, in the ideal world, should have actually been the first person to have an idea around this.

However, as things stand today, SINGH IS KINNG 2 is pretty much in no man’s land. Vipul Shah is busy completing Action Replay and is also getting ready for his next film which is currently under pre-production.

"If Vipulji really wishes so and approaches me to direct SINGH IS KINNG – 2 then I will certainly do", replies Bazmee when questioned if he would be game to do the film if it is offered to him, "But as of now, I don’t have any clue whatsoever. We have met on and off and there has been ‘Hi-Hello’ between us. But no, we haven’t discussed the film. Also, I am busy with completion of NO PROBLEM and beginning of THANK YOU and READY, so it would require some massive planning to take out time for any new film." Bazmee concluded.