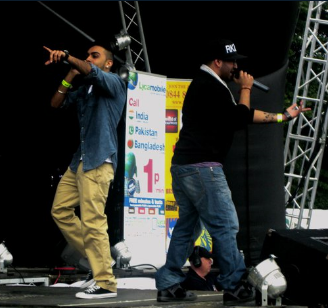 For many, a Mela is a time for community and a celebration of talent to take pride in the Asian culture. However, there is one that has sparked controversy for failing to appreciate what those attending were expecting, for example, their favourite artist performing, as expected. The Diversity Mela held in Valentines Park, East London this weekend left many fans upset and angry as over ten artists were told they were not allowed to perform, despite being scheduled to do so weeks in advance.

Rather than this situation occurring because of the artist’s own hectic schedules, they were told by organisers that due to other act’s sets being extended, there was not enough time for them to perform. It seemed these organisers did not appreciate the fact that these already successful singers, MC’s and rappers had taken time out of their busy lives to practice, travel and perform at this particular Mela and simply offered both them and their fans a poor excuse.

With “Mela season” something that is highly anticipated by many all year round, it seems that this is a rather lame excuse for an event that should have been thought through enough to prevent any performance overlap occurring in any way. Many unhappy fans were the product of over ten artists not being able to perform is simply proof of a poorly run event, especially as organisers did not try to even resolve the issue. Musician, Raxstar said: My management tried reasoning with the promoters but they were adamant I was not allowed to do even one song. A number of other Mela’s took place across the UK this weekend including Cambridge Mela and Leicester Mela however, the same issues did not arise and all artists that were expected were able to perform at ease.

On his performance, MC, Sam Khan Tweeted, It was fun yet later Tweeted, Wish their organisers managed their schedule better though, it ain’t right that Raxstar, RKZ and Arjun couldn’t perform. Joining in on the Tweets, singer, Arjun notified his fans, It was out of our hands, the organisers were rubbish. RKZ got hands on and filmed it all happening backstage. Straight after he was told there was no time for his performance, he said: There are a lot of artist issues so we’re not performing and Literally every artist is fighting for their place. Feeling the harsh reality of what happened, he also said: It really is an insult to us and everyone that came to see us perform. Should this really be the way artists are treated at Melas?

Despite the drama, artists such as Mumzy Stranger, Junai Kaden and Sam Khan were all able to perform and left the crowd screaming with excitement. However, this does not excuse the lack of consideration from organisers simply because of their own poor planning. Let’s hope the Diversity Festival 2012 will be much better and the organisers will learn from the problems that occurred this year!