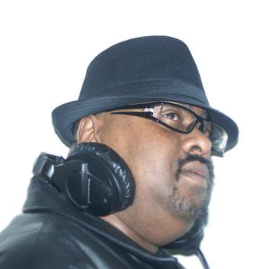 Hailing all the way from South Africa, the renowned producer DJ Elvis has produced a dubstep remix of the song Judaai Teri for the new Bollywood film, Agha – The Warning. He has now become the first DJ from South Africa to produce an official dupstep remix for a Bollywood soundtrack.  He is a DJ, producer, and radio host for the show Klub Kulcha on the radio station Lotus FM in South Africa. He is particularly known for his catchy dance remixes for all kinds of artists such including Mumzy Stranger’s Heartbreaker and also remixes hit tracks from Bollywood also.

The remix of is sung by the world-famous Sukhwinder Singh whose vocals have been used in many hit Bollywood films such as Dil Se, Black and White etc.  For this remix DJ Elvis has slowed down Sukhwinder’s vocals in places to stretch across the deep bass and heavy electronica-influenced sounds used in the backing track.  The song is a complete departure from the usual Bollywood remixes and it will be interesting to see how well it is received by audiences across the globe. The music for the album is written and composed by Sachin Gupta who offered DJ Elvis the opportunity when he heard his unplugged remix for Tere Liye from the film Prince. DJ Bobby Friction recently played the remix on his show on the BBC Asian Network and also shared it with BBC 6 on the Tom Robinson show.

Agha – The Warning was released on August 5th 2011 and stars Atul Kulkarni and Rituparna Sen. The film is directed by Karan Razdan, who has directed other films such as Girlfriend, Hawas, Umar etc.  He also used to work as an actor, and also wrote the screenplay for the movie Love Story 2050.

Check out the Offical Psychedelic Dubstep Remix for Judaai Teri below: