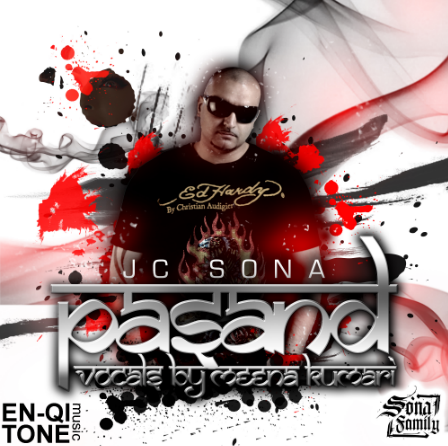 Depending on where you’re at with ‘Mr Music’ your inclination to suggest Sona Family are playing hide an seek at a glance would be totally uneducated, there movement hasn’t lost a beat;

JC, Harry Sona, Kazz Kumar and Mr Riz are all making moves on a solo, the family are spreading their wings and working on some crazy hush hush but are ‘STILL’ a family, too much creativity to float around in one bubble…We like!!

Desi Beats has played a big part in JC’s Career but never been the forefront, he’s been humming along with his music box all over the globe but itching to dabble in Desi, so an album instalment is on hold for this humble mix tape genius until he finds a comfortable medium in this exploding industry.

JC’s most recently rolled up his sleeves for the desi remix for the eccentric being, Kazz Kumar’s, Dirty Word an eclectic mix ft Dalvinder Singh a totally heavy cover and previously majored in the house mix for “Mausaum” by Josh a huge summer track.

The standards not letting up JC’s box of tricks is all wrapped up and good to go by the name of “Pasand”, recorded at Sweet Peach Studios in Birmingham working alongside geniuses Dalvinder Singh and Tarli Digital and vocals by a new blood Meena Kumari, this tune will have Ghidda Divas amping up the dance floors in but  a moment, embrace the dabble this Southampton born Vinyl junky is going desi but don’t be perplexed he will snap crackle and pop before you know it, so keep tasting, keep listening, keep reading cause something  could be around the corner that will be just as surprising as a bag of Revels!!

Check out JC on the website (www.jcsona.com) or email [email protected]; also Facebook: (Joe JC Sona) and Myspace: (www.myspace.com/jcsonafam); Cover design for Pasand by “Kream” (www.facebook.com/naz1992), Photography by Prince Singh (www.princesingh.com) and standard procedure get adding to the Facebook group JC (Sona Family) The Master Of The Decks, to find out first what the Sona Family are skipping along to!!