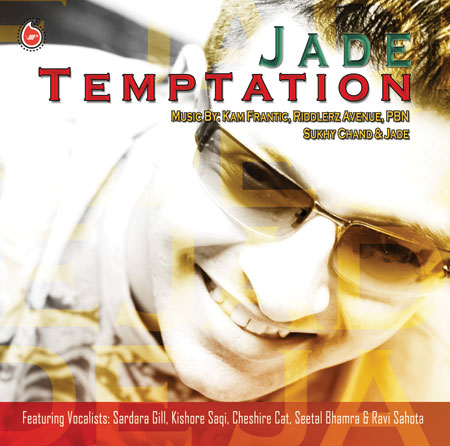 Jade, a British born vocalist from Birmingham is one of the most dynamic and versatile performers in modern day bhangra.  He has excelled on stage for the last ten years, where he started his career at the age of only seventeen. Jinder Jade has been thriving on stages from U.K to Europe and now overseas.

Jade started his journey in 1997, from Rajwinder Kaur Padam, a music teacher from the community where he learned and gained knowledge of the art of folk music.  The legendary artists and bands such as Kuldip Manak, Gurdas Mann, Alaap and Apna Sangeet have influenced Jade.

The dynamic artist started out his music career in early 1998, where he joined Birmingham’s very popular bhangra band, Saqi group. Saqi group gave Jade a brilliant platform to launch his career and also chances to show case his talent in the U.K.

In 2000, Jade signed up to his first record company, Envy Records, where he learnt the art of being a recording artist. Envy Records are one of the most major record companies around in the bhangra industry.

In 2002, Jade recorded his debut single called “Club Diyan Kuryian” which was featured on the album titled “Fat, Ruff and Large” by Subs who is an established producer in bhangra and mainstream music. Subs has worked with artists such as Kylie Minogue, Shania Twain and Apache Indian.

In 2003, Jinder Jade parted ways with Envy Records due differences in direction of their music.

After a two-year sabbatical away from the world of bhangra Jade, in 2005, signed up for a one album deal with Hi-Pitch Records and recorded his debut album, “Desire”, it was an eight-track album featuring one collaboration with a local midlands singer Anjuman. The album also featured the likes of Jeeti, Anil Kalyan and Haz 2 B Productions, who produced the music for this album.  After the success of “Desire,” Jade, in 2006, was very busy with various gigs around the U.K and abroad.

Early 2007 saw the release of Jade’s two singles titled “Boliyan part 1 and 2” featured on “Suspicious” by DJ Sinj, a young and upcoming producer from Nottingham.

In summer 2007, Jade appeared in “Pure Desi Vol. 2” a various artist compilation album by VIP records he had done collaboration with Avtar Safri the track is titled “Mitro Ki Karyeh.”

In October 2007, Jade now going with his first name Jinder (Jinder Jade) signed a long-term contract with Hi Grade Music, a brand new record company from Solihull, who have just released Jinder Jades EP titled “Existence.” This EP consists again of Jeeti and for the first time working alongside one of the most popular producers Punjabi By Nature, fresh after his smash hit “Jaan Punjabi,” has produced the main track for “Existence,” titled, “Nachna Mein Nachna.”

In October 2009, Jinder Jade has once again gone back to his original name Jade and is now bringing to you his brand new 12 track album titled  "Temptation" out on VIP Records, it has some wonderful vocal collaborations with the talented Kishore of Saqi Group who sung hits such as Saqian Da Dhol & Adi Marke which have became bhangra anthems all over the world. Also a massive duet with the legendary Sardara Gill of Apna Sangeet a brilliant old school/new school collaboration put that along with the very versatile Chesire Cat and newcomers Ravi Sahota & Seetal Bhamra doing there part on there collaborations with Jade it sure to be a great CD the Production is by Bhangra’s standard bearer Frantic Kam, new producers Riddlerz Avenue, The Massive Punjabi By Nature, Suky Chand brings you a different dimension of music totally alongside Jade who incidently has also produced three tracks on his album which brings to you something totally unique and different. 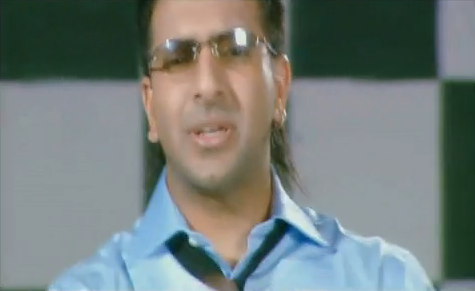