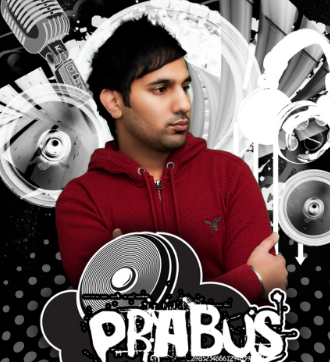 Up and coming producer Prabus has announced the digital release of his debut single Akh De Pateya featuring Major Chanalia on the 20th March 2011.

Hailing from the cultural heart of West London, Prabus has been immersed within the industry since the tender age of 16. Prabus has always outlet his creativity through his music in many ways, having managed a successful entertainment business and becoming an accomplished turntablist are one of his many accolades. This release addresses my need to put something out there that I feel is lacking at the moment within the industry, the consumer wants to hear good quality foot tapping music that makes them reminisce of the yesteryear when big bands and live music was the norm.” says Prabus.

The release features up and coming desi artist Major Chanalia, who is already being dubbed as the next big thing to surface in this over saturated industry, and has already gained airplay on the BBC Asian Network and Buzz Asia radio further fuelling the buzz that the consumer and industry have about this exciting new producer and artist. This is just the tip of the iceberg, Prabus has already penned in his future releases, so you can be sure to see some big collaborations with some of the industries top rated artists.

With the video currently in production, the track is available for general release as of the 20th March 2011 through iTunes.

To access exclusive information and material from upcoming projects, check out the website, www.prabusproductions.com. The state of play for the industry is about to be shook from a Grass Roots level, be part of the revolution.

This text will be replaced
Desi
Tags: Major Chanalia, Prabus
Kat Eyez – Give It To Me
Raxstar talks about his secret to success