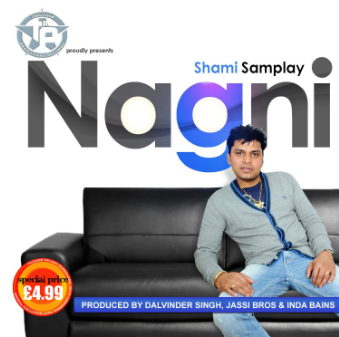 Having spent the last year touring and preparing on the new album and 4 years in the music industry, Shami delivers a fresh sound following up on his 2 albums whereby he has worked with Aman Hayer and Inda Bains respectively.

The music for the album comes by Dalvinder Singh, which showcases Dalvinder’s music producing skills among his singing talents with such hits as Shounk De Gereh and Nachdi Panjabi. The lead title track Mundi De Theva implements Dalvinder as a producer and Shami delivering a high pitch vocal on the dancefloor anthem for the UK audience.

The talented duo from India, Jassi Brothers have also provided the music with their hard hitting beats and instruments to give the album a Desi Bhangra flavour to there already high repertoire.

Finally, Inda Bains has also produced the love song “Khush Vairne” for a mellower feel to the 8 track album. The album features a wide range of music producers to give the album a more diverse sound and style.

3 tracks have already been released as singles, Sharabhi featuring Sudesh Kumari and Nagni have been released towards the end of 2010. Early February 2011 saw the release of Adda. The tracks have all been accompanied by videos which are in circulation on the TV stations aswell as the Internet.

Nagni features duets with the female duet sensations Miss Pooja and Sudesh Kumari and Sharabhi and lyricists include Laal Autholiwala, Balbir Alam amongst others.

Mundri De Theva video is currently being filmed in the UK and will air during mid-March and will circulate the TV stations. 2 Further videos with Miss Pooja and Sudesh Kumari have been shot and will be shown after the release of Mundri De Theva. Shami Samplay will also feature on Twilight Album Our Turn scheduled for a mid-summer 2011 release where a short promo for the album can be heard on track 9 on Shami Samplay Nagni album.