With a voice reminiscent of Pakistani pop stars Atif Aslam and Ali Zafar, Tamir brings his own unique take to Hindi pop with the new track. Combining refreshing and skilful acoustic guitar skills with emotive lyrics, ‘Khuda Tere Bande’ finds Tamir asking the lord to come down and save those that have strayed from the path. UK-based rapper V-dubl-E mirrors his sentiments in his own inimitable style.

Tamir’s music revolves around and reflects the thoughts, beliefs and values of life, which when combined with his powerful and soulful voice, will undoubtedly touch the souls of audiences across the world. Over the past two years Tamir has been busy writing new songs for his second album and performing live at numerous music festivals and gigs both in the UK and India and a chance meeting with the well established rapper V-dubl-E led to a studio session resulting in the amazing ‘Khuda Tere Bande’.

This release marks the start of the next stage of Tamir’s journey… a musical journey that promises great music, powerful vocals, inspirational and heart-wrenching lyrics and a refreshing new sound for 2013. ‘Khuda Tere Bande’ is released on the Virtual Recordz label and will be available via iTunes from 31st January 2013. 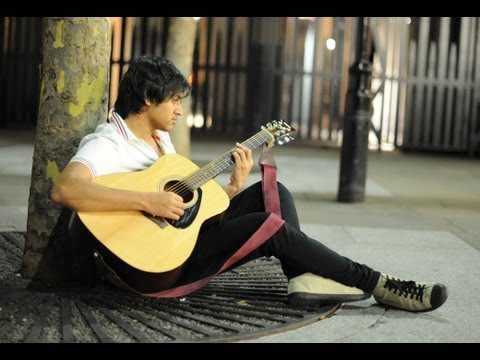