Sanj is back and this time he brings you an album for the masses, a Bollywood themed POP album appropriately named BOLLYWOOD PUNK.

If you thought you heard and witnessed a revolution with JNAS/SANJ’s ASIAN R&B album then you will be in for a total surprise with Bollywood Punk. Sanj/JNAS Brings you his masterpiece Bollywood themed album which had been in the works for 2 years BOLLYWOOD PUNK.

With SANJ/JNAS’s ground breaking ASIAN R&B SANJ brought you THARA, now Sanj brings you the KING OF ASIAN POP SONU NIGAM crossing over to the west singing his first ever English POP R&B and Sanj also brings you the NEW Queen of Indian R&B POP SOMYAH RAO with DJ SANJ on Bollywood Punk.

Desi-Box.com caught up with the busy man DJ Sanj check what went down below: This interview is a EXCLUSIVE to Desi-Box.com worldwide!

01. Umar DB: About your name, you have two different names, J-Nas and Sanj (Both being the other spelt backwards). Which name do you use when and where?

Sanj: You caught that backwards thing eh? J I prefer to use JNAS for the mainstream and hip hop work DJ SANJ for the DESI stuff.

02. Umar DB: What made you want to produce a Bollywood themed album?

Sanj: Everyone from the UK is doing bhangra and I like going against the trend and doing something different. I wanted to experiment with Bollywood music and see how I could change it.

03. Umar DB: What sounds and music can we expect you to bring, infused with Bollywood, in your new album?

Sanj: As I told you I like to experiment (smiling) you will hear some crazy dance stuff and even some Ballads. It’ a sound that fuses my upbringing in N.America and UK and after being in MUMBAI for a while I have taken the Indian/Bollywood sounds and fused them all together to create a funky album.

04. Umar DB: It’s been long in the making, two whole years. Why did it take so long to be completed?

Sanj: Well besides the Indian scene I was busy working on other projects in N America. I also wanted to make sure that I get to know “Bollywood” before I release this album. I am also a perfectionist and wanted to release something that would be above and beyond any exceptions and therefore took my time with the artists and music.

05.Umar DB: Could you tell us about the tracks that are going to be on the album?

Sanj: All I can tell you is that you will be pleasantly surprised (smiling) and you will find something for everyone on this album. There are some amazing Singers on the album singing Tracks that you would never imagine them singing.

06. Umar DB: About the lead track ‘Hum Tum’ why do you expect it to do so well? Also what other tracks from the album are you hoping are going to do well?

Sanj: HUM TUM is one of those tracks will do well because it’s a track that you can dance to with a catchy beat and has the perfect blend of English, Hindi and bit of Punjabi at the same time has a good melody that you can hum along to. The singer Shayn has a vocalic it well. It’s a different track but the old and young will be able to associate with it and enjoy it. The other tracks, I would like to say the whole album (laughs) but I strongly believe “Hey Baby Girl” with Sonu Nigam will be massive hit.

07. Umar DB: How was it working with Sonu Nigam, one of the biggest Indian singers, and how did you get into contact with him and why did you want him?

Sanj: It was amazing experience and we gelled well together. He’s one of the most down to earth guys and his Talent knows no bounds, he’s the most versatile and varied singer I have ever worked with. He can sing a tune bang on in any language and make it sound like poetry in motion. I met Sonu in New York through my management EEG . Who doesn’t want to work with Sonu? He’s somebody who I have listened to and always believed that hisvoice has the ability to do more than just Bollywood Tracks . I wanted to do something different with him and let the world know that Sonu is not just about Hindi or Punjabi songs. The sound and track I had in mind were created specifically for his voice and settling for anyone other than Sonu was not an option

08. Umar DB: Could you tell us more about Sonu Nigam’s first ever English POP R&B track and how enthusiastic was he about the whole process (singing in English and R&B)?

Sanj: Its a pop track that has a varied element and languages with Sonu adding his unique ragas which makes it a scorching hot track, you will have to wait to hear it (smiles). Sonu was excited because just like I like to experiment Sonu also loves to experiment with his voice and do different things with his voice. He actually co wrote the English Song and the lyrics in Hindi with Shayn and also made a few suggestions for the music that I gladly accepted. Many people look at Sonu as a Singer with an amazing voice but in working with him I realized that he’s also a music producer and is a “TRUE MUSICIAN”. 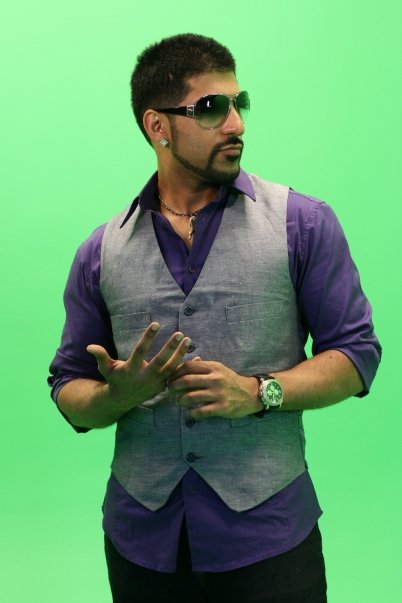 09. Umar DB: You also have the “new Queen of Indian R&B POP” Somyah Rao, what tracks did she feature in and how was it working with her?

Sanj: It was cool because we are really good friends and she also has amazing talent and we get along really well so it was great experience. She is featured on JEENA and DIL ROOBA, I specially like her in voice in DIL ROOBA and believe that her part and vocals make the track.

10. Umar DB: Could you tell us the names of the other artists also featuring in your album?

Sanj: Shayn, DJ KENZ, Vinod Rathod, DEEP AND KP, ZEESHAAN a new singer we are promoting whose from India, KOBRA KHAN a Canadian RAPPER who is also a great new talent and has worked with SNO and MASTER P.

11. Umar DB: There are a lot of Bollywood themed albums already out on the market what makes your album any different from the rest?

Sanj: You are right there are a lot Bollywood albums but they are remixes. This is different as it has original compositions with talented singers.

12. Umar DB: Could you tell us about any planned music videos for the album (such as settings), when can we expect one to hit our screens and for what tracks are you planning to make one for?

Sanj: You have seen the video for the track HUM TUME and if not then go to youtube for the video. Yes we do have 2 other videos planned. One with Sonu Nigam and the other is yet to be determined. We will be shooting all videos in LA with a director who has credits such as IRONMAN and Spiderman under his belt. Things are different and just as music the videos are also going to be very different and trendy. 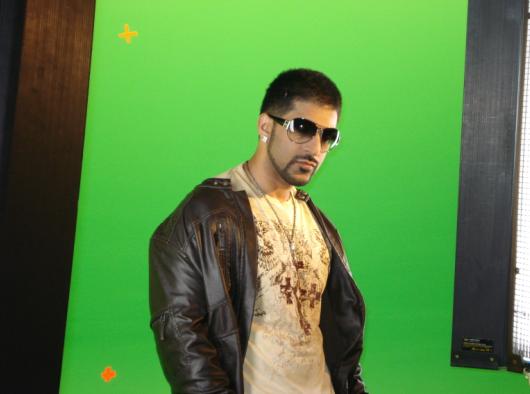 13. Umar DB: What have you got planned next after the release of this album?

Sanj: I will be releasing a Punjabi album AMERICAN DESI.

14. Umar DB: What advise can you give to upcoming DJ’s who want to make it in the music industry?

Sanj: Learn the inner workings of the industry, don’t just know the music, know the business and DARE TO BE DIFFERENT.

15. Umar DB: What would you like to say to all your fans on Desi-Box?

Sanj: Thanks for all the support and keep visiting DESI-BOX.com for upcoming news from me. Also buy the album BOLLYWOOD PUNK , coming out in 2 weeks. Respect to Desi-BOX.com for keeping the scene alive via this site.

Umar DB: Thanks for your time and all the success on your new album!