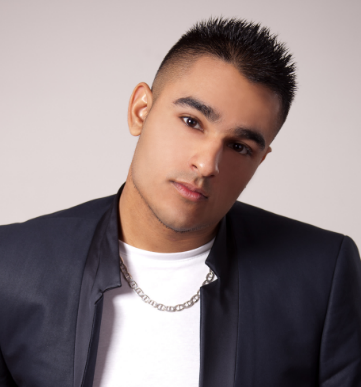 Get ready for a Bhangra explosion from new sensation Sat Sandhu direct from the heart of Paris!

Born and raised in Paris, Sat Sandhu, is the first Bhangra artist to come out of France. The talented 22 year old has not only been recognised for his raw talent as a Bhangra artist but as a born entertainer and performer.

Sats musical career started in 2005 when himself and his brother started a bhangra team called Shaan-Punjab-Di. Although backed by a supportive family, Sat explains that it was hard at the beginning trying to get their music recognised I worked hard and trained myself and the rest of the group. I became leader of the group and after five hard years we became the number one Bhangra team in Europe.

After five successful years together, Sat decided to venture out on his own to conquer the world of Bhangra. Sat who is a trained dancer & also plays the Dhol professionally, has always been drawn to the world of arts since a young age. His passion for music stemmed from following huge stars such as Michael Jackson. However it was as a teen that Sat realised that most of the musically inspirational people to him were non-Asian and it was this that fuelled him to show his peers in France his heritage and culture via his love for Bhangra music hoping one day to become a role model for other aspiring artists.

His first single Dil Dhak Dhak accompanied by his first video shot in his home town of Paris, is set to hit airwaves and TV screens across the UK this Christmas and is just a taster of what is to come from the young star.

LISTEN to the first single from the rising star exclusively on Desi-Box.com!