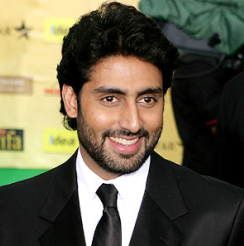 Bollywod actor Abhishek Bachchan is confirmed to attend the Opening Night of the 14th London Asian Film Festival hosted by Tongues on Fire from 16 to 24 March across multiple venues in London.

Abhishek is scheduled to attend the opening press conference, talking about the importance of this annual festival and will be present at the introduction of the opening film of the festival Michael, starring Naseeruddin Shah on 16 March at the British Film Institute (BFI), Southbank.

Meera Syal has agreed to open the festival, The festival which closes with an Awards Dinner at BAFTA on 24 March honors a range of exciting films influenced by South Asian cultures that have made waves in the international film festival circuit.

Some of the other major highlights of the festival include the following:

A thrilling Pakistani film section which includes screening of the highly controversial film Bol on 18 March at BFI. The lead actress of the film Humaima Malik is confirmed to attend the Q&A session after the screening.

In this year of the Paralympics, The acclaimed Bollywood director Sanjay Leela Bhansali, who will be here on 21 March until the closing night awards ceremony on 24 March at BAFTA. TOF will be honoring him with an award in recognition of his work on disability in Indian cinema. Sanjay will also be delivering the Nargis Dutt lecture at the University of Westminster (Regent Street campus) on 22 March and we will be screening critically acclaimed films Black and Guzaarish during the ten day event.

Meherjaan from Bangladesh a project across Pakistan, India and Bangladesh starring Jaya Bachchan. The director Rubaiyat Hossain will be there for a Q&A after the screening theannual short film competition showcasing the remarkable work of aspiring film-makers and future stars of cinema takes place on 17 March at Apollo, Piccadilly The closing night awards ceremony will be at BAFTA on 24 March. The gala ceremony itself will be in the theatre upstairs, followed by a black tie sit down meal in the David Lean room.

Festival director Dr. Pushpinder Chowdhry says, “The 14th London Asian Film Festival has a global flavor celebrating diversity with films, special events and our annual short film competition. It’s an exciting time for London and we hope the stories we have selected will move, excite and inspire you.”