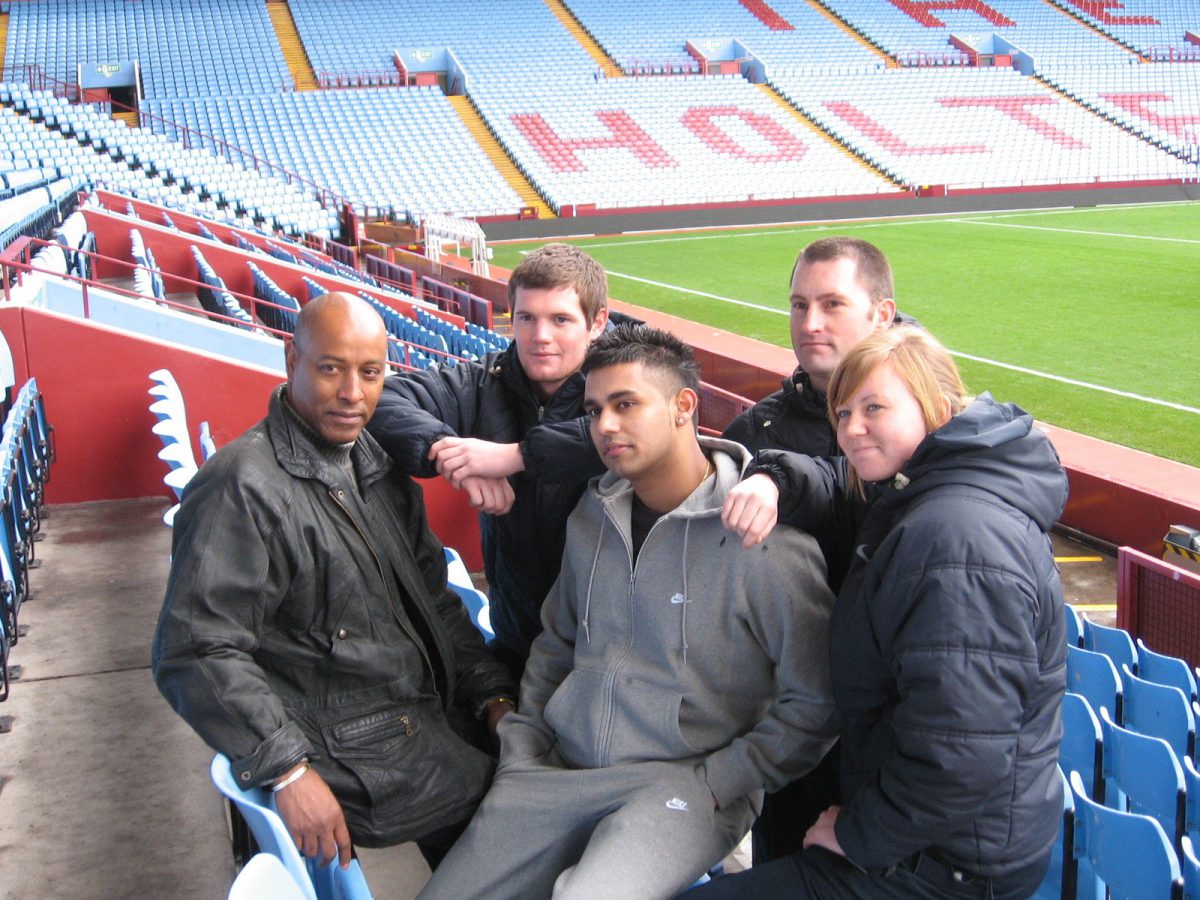 Asian music artist Jaz Dhami is continuing his work in supporting the Birmingham Football Association, helping to increase the participation of football within the wider community in line with The FA’s National Game Strategy, by volunteering within Aston Villa Football Club’s community department.

Jaz has been embarking on volunteering sessions at the Premiership Club in order to highlight the need for volunteers in football with support of the FA’s Brendon Batson who plays a pivotal role at the FA to help break down barriers in the Asian community and open the game out to the wider community.

Jaz has been volunteering at the clubs Play The Villa Way community programme as well as Villa Vitality which uses the power of football to educate kids on the benefits of a healthy lifestyle. Both initiatives have been highly successful and has seen over 56,000 children take part. Marketing Executive at Aston Villa Ravi Masih said, “Aston Villa FC is delighted to have Jaz volunteer with our coaches. Jaz is seen as a role model within the Asian community, and we hope with his role in these workshops, the children involved will take a greater interest in football. As part of the club’s Villa In Harmony initiative, the club is proud to play a part in these workshops encouraging greater involvement in football and greater interaction between the community and Aston Villa FC.”

Brendon said ‘"It was great to see the excitement from the school children on meeting Jaz at Villa Park. He is a young, dynamic musician who is now going to bring those qualities into his love of football. We wish him luck as he starts his FA Level 1 coaching qualification and also in the volunteering work he is getting involved in’

With the volunteering work Jaz has been carrying out he will be taking part in a series of workshops in Gurdwaras aimed to educate the community on coaching, volunteering, child welfare and player participation and volunteering with the BCFA supported by Aston Villa Football Club, The FA’s Brendon Batson and Jonathan Mills,

The main aim of the workshops is to help the BCFA implement The FA’s National Game Strategy and to proactively widen the communications with the Asian community.

The BCFA’s company secretary Dave Shelton said ‘Jaz has really taken a feel to the coaching work and we are looking forward to incorporating Jaz in the workshops as he will be able to engage with the kids and help inspire them to Get Into Football.’

Jaz Dhami said ‘It has been brilliant to take part in these volunteering sessions at Aston Villa Football Club, and help make a difference in widening the game to the Asian community to support the BCFA and The FA. I have my FA Level 1 Coaching Badge coming up and these sessions with the coaches are helping me really get a feel of the coaching experience which is fantastic.’

The BCFA will be looking towards rolling these workshops to further communities in the Birmingham region in the near future.