Riz Ahmed to star in new US TV Series 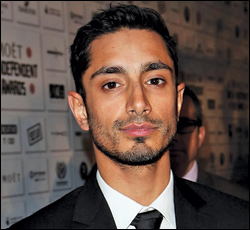 Riz Ahmed to star in new US TV Series

Four Lions star Riz Ahmed is set to star in a pilot for a planned TV series called Criminal Justice. A remake of the 2008 BBC series, the pilot is set to feature the multitalented actor (also known as Riz MC), with none other than acclaimed The Sopranos star James Gandolfini.

The premise of the series is based around the consequences a man suffers when he takes his father’s cab for a drive, and picks up a party girl who takes him to her apartment for a drunken and drug-filled night out.  When the man wakes up in the morning, he finds the girl murdered and him being arrested, despite him having no recollection of committing the crime.

The US HBO produced version will be set in New York, with Ahmed playing the title role of an American-born Pakistani man and Gandolfini playing his lawyer.

Ahmed is already creating waves in the international film scene with his award winning performance in Michael Winterbottom’s Trishna with Frieda Pinto, and his current Mira Nair directed feature The Reluctant Fundamentalist alongside Kate Hudson.

With Oscar-winning writer Steven Zaillian (Schindler’s List) directing and a stellar cast, Desi-Box are sure the pilot will be picked up for a whole season.