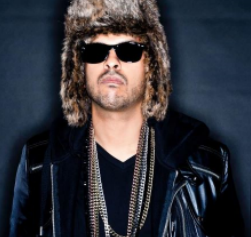 Canadian based production house, Bilz Music is proud to announce their latest artist signing, Drega, to their roster. Bilz Music is known for housing and nurturing North America’s most wanted pop group, The Bilz & Kashif, and has earned tremendous success from their signing, with over 13 million video views to date, multiple music awards and headlining close to 50 U.S dates and several international cities on Tour. The new addition, Drega, came after keeping a close eye to artists in North America who have been working on their independent craft. I’m always looking to work with fresh new artists in the game. The Bilz & Kashif have represented South Asians globally on a pop level, and now I came across an Urban act that has the drive to achieve the same success states Vishal Urva, Label Manager of Bilz Music.

Mixtape born Toronto native artist, Drega broke into the scene when he featured on The Bilz & Kashif’s hit single O Meri Rani (Spanish Fly), and other street remixes like Nothing But a Loser, This is Why we Hot, Candy Girl and his last album Man of the Year that has been gaining traction on its own with over 50,000 downloads to date. I noticed Drega had what the game was missing. He continuously evolved as an artist by working on his craft with various mixtape releases. I think he has found himself now, and I just couldn’t pass on the opportunity to give him the chance he needs says Vishal. He just keeps hustling and that’s what I love in any artist in the game. Drega mentions: The thing that made me want to work with Bilz Music is that they are innovators and are able to use their creativity to make history. Look at how much they have changed the scene since when they came out. A lot of acts today owe it to The Bilz & Kashif for taking risks and setting standards.

Bilz Music plans to release Drega’s brand new album – Let’s Go Nice in the first quarter of 2012, and promises a strong note of the current state of hip hop’s fusion right now. In addition, 2 international video singles will be released worldwide once the album release date will be announced.  My goal with signing with to Bilz Music is to change the status quo. I want people to question what they think a normal rapper should look, sound, and act like. I want to show people you can’t generalize anyone, especially us young people. We’re all complex. Were all fighting against the old ways of doing things. I’m not concerned with making a bunch of money and retiring, I just want to make history and add to the culture rather than saturate it voices Drega.

Bilz Music will be partnering with Rogers TV and Phoenix Mobility, to launch a 4 week episode in the New Year for an in-depth view of the making of Drega’s new album, Let’s Go Nice. The TV show will allow fans to become mini mobile moguls and choose Drega’s career move by using their mobile phones!  Users will have the options of choosing Drega‘s next single, photoshoots and watch exclusive behind the scenes footage all through their mobile phones. Text the word "Drega" to 58888 to watch episodes on your phone or Visit http://www.youtube.com/bilzmusic to watch on-line.