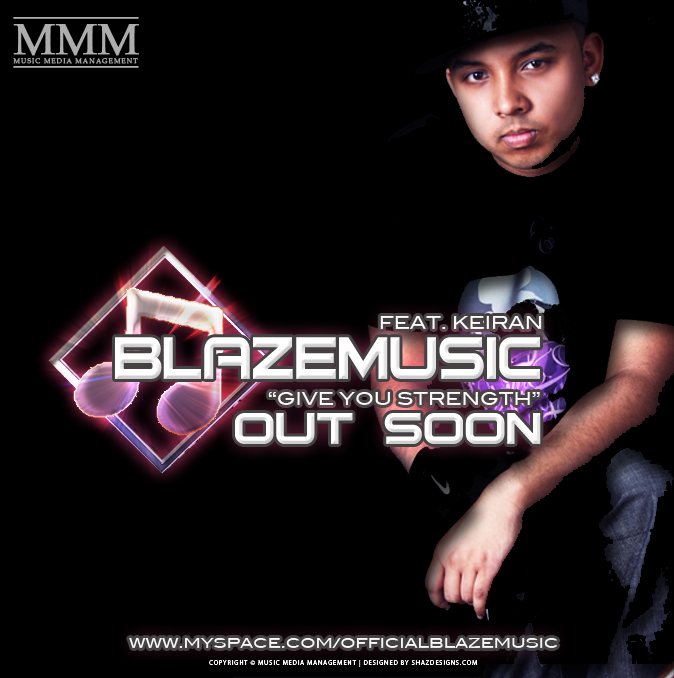 Shamsu Miah known by his stage name ‘Blaze’ is a Hip Hop and RnB rapper, lyricist, writer and composer. Raised up in Oldham, as a young teenager, writing lyrics was his hobby. In growing his skills, Blaze decided to take a platform in the music industry and make a name for himself as a rapper. In deciding this his pursuit of a solo career began in June 2009.

Blaze has had successes with tracks such as ‘Midnight Love’ and ‘Missing You’, topped ‘Asian Sound Radio’ for 3 weeks.

Blaze has started to work on his Debut Album (co-written by Sarwar ’Ya Bwoi’ Khan (songwriter), with his latest debut single confirmed, which is called ‘Give You Strength’ featuring Keiran (www.myspace.com/keiranluvvmusic) and working closely with other artsits on the upcoming Album.

Watch out for more releases of music from Blaze, launching with Music Media Management

Check out all the latest information on,