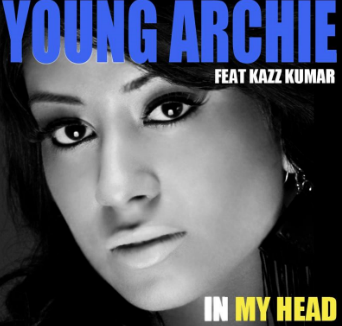 Having always been happy to be in the background, this track is one, if there ever was any, to grab this multi-talented producer by his musical wrist and drag him to the forefront of cutting edge music. Young Archie, producer of the three-body-army that made up the Young Archie Assignment (nominated for Best Newcomer at the 2010 UK Asian Music Awards), has ventured out and is now concentrating on his own solo project, One For All, All For None, establishing himself as an eclectic, exciting and extraordinary beat maker.

In My Head is the premiere track taken from this new project, and features none other than the completely ‘sui generis’ Kazz Kumar – the little lady with the big personality, and the glittering multi-coloured handbags full of talent to accompany it all. Being nominated as Best Female at the UK Asian Music Awards 2011, Kazz has also performed around the world as the leading lady of Sona Family, as well as recently wowing crowds as the newly established independent artist she is (including a performance at Bahrain Fashion Week where her track ‘Fashion’ was the official theme song for the event).

In recent times, having received support from DJ Target on BBC Radio 1xtra and Nick Grimshaw on BBC Radio 1, Young Archie is a much sought after producer who is truly making moves with his sound. Kazz Kumar on the other hand, has played on BBC Radio1’s Big Weekend, has had music featured in MTV’s The Hills and NBC’s Las Vegas and with her daring sense of personality is the perfect accompaniment to Young Archie’s daring sense of music.

Together, these 2 rare talents have all the necessities needed to take their music to the mainstream masses. Both hailing from humble success, Young Archie and Kazz Kumar have joined forces to create a fireball of a track; smoking hot from the outset and fiery hot within – presenting to music lovers worldwide a hard-hitting dance number with skilful and rapturous female vocals, guaranteed to keep all party-goers dancing well into the night. Be one of the first to hear a taster of the track by checking out the visual teaser right now on desi-box.com. Also, remember to keep an ear glued to your radios over the next month or so, as radio stations up and down the UK will be playing the track from today!

In My Head is destined to burn up both speakers and the dancefloor wherever it’s played and has every potential to be the next big Summer anthem, leaving the listener with the powerful long-lasting effects of its powerful beat… In My Head will be in your head all day and all night, and when a track has done that, it’s definitely one worth shouting about. The track is available to download digitally on iTunes from 2nd May 2011.

Kazz Kumar returns with ‘Walk Away’ 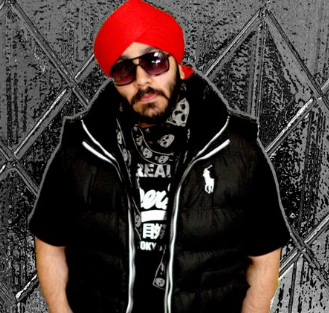 ‘I felt a little betrayed and sold out’ – Young Archie