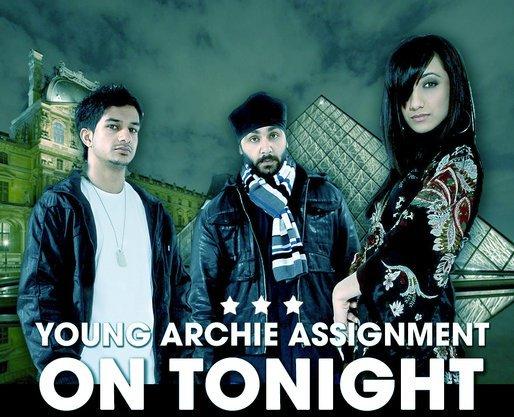 Its the likes of Jay Sean, Marina & The Diamonds, Saturdays & The Killers that we would normally hear on the BBC Radio 1 airwaves. However, recently Nick Grimshaw from BBC Radio 1 got his hands on material from our very own Young Archie Assignment.

The track, ON TONIGHT, was first endorsed by Roll Deep member DJ Target, who played it as his Homegrown track on BBC Radio 1xtra. He described the collective as, Manchester’s answer to the Swedish House Mafia.

It was then picked up by Tom Robinson from BBC 6 Music and BBC Radio 1’s Nick Grimshaw. The collective have recently been catching the ears of many with their track, On Tonight. There is a short behind the scenes video on YouTube showing the guys in the studio and on the road. The group has always been backed by Bobby Friction from BBC Asian Network, who discovered the band
on his Introducing feature on his show a few years back

Nock It was so rewarding having our track played by Dj Target and on other BBC stations as it’s nice to know that our music is appreciated and up to a standard to match the mainstream. But this is just the first step of a long and hopefully enjoyable walk.

The Future for these three young individuals seems bright, not only within the Asian industry but also the commercial mainstream market. Their new video for their next single will be out next month.