Releasing via iTunes on 16th September, Sadi Akh brings together the voice of the late Kaka Bhaniawala and production talent of newcomer Enkay for a real dance floor treat.

Having made his mark on the DJing circuit and events scene, Enkay hopes to make an impact on the UK Bhangra scene with his debut release. Amalgamating his experience of the music and party scene with his intense production training, Enkay is presenting audiences with a Bhangra number that pleasingly fuses traditional Bhangra and Kaka’s immense vocals with a UK twist.

Fuelled by passion for music and the desire to entertain, Enkay has worked hard over the last few years to establish his name in the DJing scene and events, especially in the North West where he is a resident DJ at one of the biggest student nights – Lollipop. Enkay is influenced by a variety of musical sources, from Bollywood to mainstream R&B producers and international Bhangra producers such as RDB, Rishi Rich, and fellow Limitless Records label mate – the hit making PBN. The young talent hopes to rise the stature of such iconic producers and like them become a popular
name on playlists, dance floors and DJ sets across the country and indeed the globe.

When I initially spotted the twenty one year old performing I could tell he was a star in the making. The passion and energy he has for music along with the desire and enthusiasm to further his music producing skills is something I haven’t seen for many years. Enkay’s debut album is one album you will not want to miss.

On track to achieving his goals, Enkay’s first release Sadi Akh is already proving to be a favourite with radio stations and the party scene. Complete with an addictive melody, catchy chorus and feet tapping beat, the song will really make you want to dance. Yet attention has been given so that you can also appreciate the traditional Indian instruments that feature such as the harmonium, flute and mandolin. Attention has been given to ensure their unique sounds are clear and sharp, bringing the track to life. Combined with the glorious vocals of the Late Kaka Bhaniawala, Sadi Akh
is one for all music collections.

Working on Sadi Akh was a great experience for me which has taught me so many new things. I have visited many studios across the country and managed to combine a variety of familiar and traditional sounds with modern loops that undoubtedly make the track a delight to listen to. I have always been a massive fan of Kaka Bhaniawala and I hope the track lives up to the legends
name. Enkay.

The song is further brought to life through its video. The high quality HD video was shot by video specialist Guvy Heer at Club Entrourage, one of Manchester’s finest venues and also features the talented and experienced Nachda Sansar, modern dance troupe Asian Street Remix and models Nikkipreet Kaur, Prabjot Kaur and Lamees Uddin – who all help capture the essence of
Sadi Akh perfectly – fun, traditional and feel good! 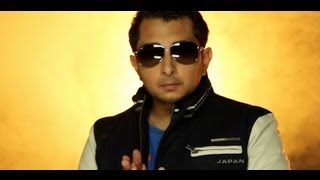